If you are looking for good almond milk substitutes, there are a variety of choices available now in the supermarket aisle. Regular milk is a good option. But for those who are avoiding non-dairy milk, there are several plant-based types of milk that can be used instead.

People are also looking for almond milk substitutes as almond production has been in the spotlight for environmental damage. On a global average, each almond needs 1.1 gallons of water for production. Drought-prone California is the most hit as the state produces 80 percent of the world’s almond crop. [1]

Almond milk and coconut milk are the two most popular non-dairy milk. It can be easily used in cooking and baking. If you are looking for coffee creamer, coconut milk can be a great substitute as it is thick and creamy. However, go easy on the amount as coconut milk is higher in saturated fat and calories. [2] 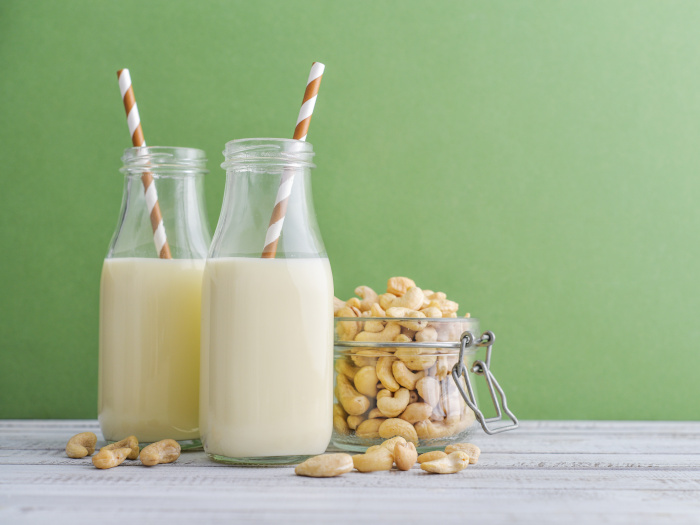 Cashew milk has a creamy richness which is delicious. Photo Credit: Shutterstock

It can also be used as a substitute for almond milk as it has a nutty flavor. And it makes for great dairy-alternative coffee creamer.

Soy milk is a good source of protein and low in saturated fat. It is made from soybeans, water, sugar, and added flavoring.

Rice milk is a great substitute and it has the least amount of allergens. So, people with nut allergies can opt for rice milk as it is made from milled rice and water.

If you want to make your smoothies creamier, oat milk is an excellent substitute for almond milk. Oat milk can be easily made at home using soaked oats and water. 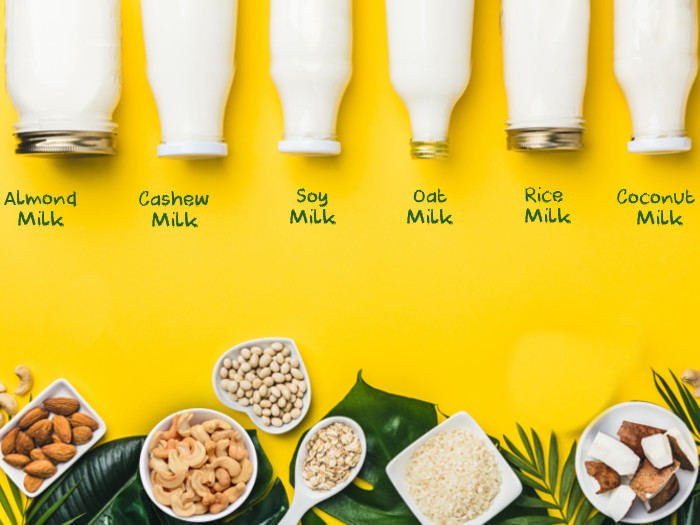 It has a similar texture to almond milk, with a hint of hazelnut flavor.

Hemp milk is thick and creamy in texture and has a strong flavor. It is a good substitute for almond milk while baking savory dishes.

Quinoa milk is a good substitute as it can be easily made at home. Simply cook quinoa in water and once cooled, blend it with water to get a creamy almond milk alternative.

Flax milk is cold-pressed flaxseed oil mixed with water. While this is a good option for plant-based milk, it is much thinner in consistency as compared to almond milk.

Rate this article
Average rating 3.0 out of 5.0 based on 6 user(s).
Read This Next:
Popular Articles