What is Aloe Ferox

Aloe ferox is a Southern African succulent with a wide range of healing properties of which many people are completely unaware!

Aloe Ferox is the scientific name for a species of the aloe plant. Like other aloe plants, it is a succulent and belongs to the Xanthorrhoeaceae family as per a study published by Dr. Weiyang Chen from the Department of Pharmaceutical Sciences, Tshwane University of Technology, South Africa. Native to Southern Africa, it is colloquially called ‘bitter aloe’ or ‘cape aloe’. Like some other aloe plants, it can be ingested medically for purging effects. It is also a source for the clear and cooling gel that has long been used as a treatment for burns and as a key ingredient in skin cosmetics. [1]

The Aloe Ferox plant can grow up to 3.5 meters in height. The thick, broad leaves grow in rosettes and the flowers of the plant are orange to red in color. The word ‘ferox’ translates in Latin as fierce, referring to the spiky spines along the edge of each leaf. 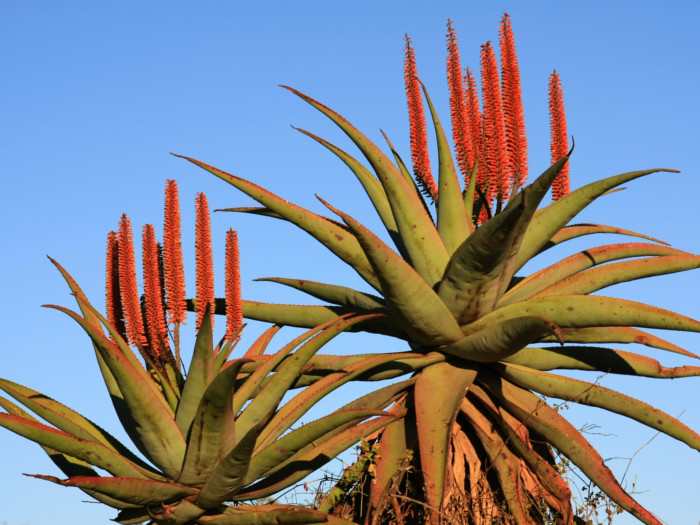 There are quite a few impressive benefits when aloe ferox is used properly in therapeutic applications.

The gel from the aloe leaves has been proven to aid the body in healing a wide range of skin issues. It has soothing, calming, and cooling properties, and is also good for the treatment of burns, acne, rashes, and psoriasis.

According to a research study published in the Journal of Ethnopharmacology by Dr. Yimei Jia et al., the active ingredients in this plant are able to speed the healing process of wounds on the skin. The findings appear to show aloe ferox’s ability to assist in the healing of skin wounds and inhibit the growth of destructive microbes. [2]

The bitter parts of aloe ferox are used most commonly as a laxative. As per a study published in the Journal of Agricultural and Food Chemistry, the aloe bitters are extracted from the cut leaves and ingested to encourage bowel movements and clean the intestines, for those with constipation or other digestive issues. There have been studies that demonstrate this use of aloe ferox as a laxative has positive effects on patients with irritable bowel syndrome. [3]

There have been some studies into the use of aloe ferox in defending the body against sexually transmitted diseases, such as gonorrhea and herpes. Speak to your doctor about using aloe ferox cream or extract in conjunction with another form of formal treatment. [4]

Taking aloe ferox internally may cause stomach cramps or stomach ache. It is considered best taken in moderate doses and only for short periods of time. Taking large doses of aloe over a long period of time can lead to problems with the kidney, liver, heart, and muscles. [5]

Rate this article
Average rating 4.2 out of 5.0 based on 11 user(s).
Read This Next:
Popular Articles