Anise is a very popular spice and flavoring agent, but it also has a number of health benefits and is used for its medicinal properties.

Anise is a flowering plant scientifically known as Pimpinella anisum, and commonly known as aniseed. That common name most likely comes from the fact that the fruits of this plant, which looks like small seeds, are the most highly prized part. The taste of this plant is very recognizable, as it tastes just like licorice, even if you don’t know the name of this plant. Native to the Mediterranean and western Asian regions, this plant has been cultivated for thousands of years. The fruit of this plant is quite small and resembles many other common seeds. The extracted essential oil from these dried fruits is extremely powerful and can provide a number of the health benefits for which anise is known. [1] [2]

Fennel and anise are not the same things, although their flavors are very similar. In addition to being ground into a spice and used to flavor dishes, is also essential for the production of certain liquors, including absinthe, aquavit, sambuca, and ouzo. This unique plant provides aniseed for cooking, which can also be ground into a spice, whereas the leaves of the plant can be dried and used as an herb! 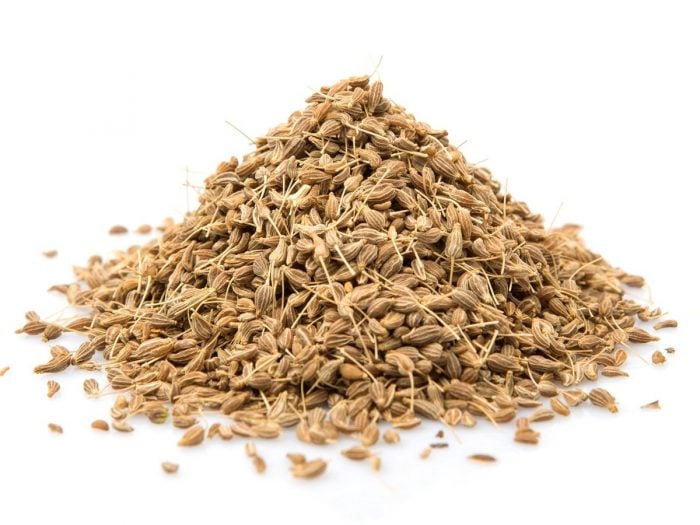 There are many important health benefits that can be gained from using this plant, including better digestion, relief from premenstrual symptoms, antioxidant protection, and aid in weight loss efforts. These benefits are largely due to the antioxidants present in this plant, such as anethole. Some of the other areas of relief include: [4]

Anise is widely used in many different ways and has traditionally been very versatile in both medicinal and culinary applications.

If you grow your own anise and want to hold on to these useful leaves and seeds for the future, be sure to store them properly.

Anise vs Fennel vs Star Anise

Anise, fennel and star anise all have the recognizable flavor of licorice, which is why so many people get confused by these three spices and herbs. [9]

The health benefits of this spice are clear, but when used incorrectly, or in excess, there can be some side effects, such as the following:

Rate this article
Average rating 4.0 out of 5.0 based on 39 user(s).
Read This Next:
Popular Articles