Aquafaba is widely used in cooking as a replacement for egg whites and various other purposes, so understanding how to use it in the kitchen is very important.

Aquafaba is the name for the leftover water that remains after cooking certain legume seeds, such as chickpeas, lentils or beans. The liquid in the cans in which beans are stored in is another form of aquafaba. This liquid is rich in proteins and carbohydrates, as well as various solid plant materials that provide a unique consistency. When you whip aquafaba lightly, it becomes quite fluffy, in the same way, that eggs do when whipped. [1]

For vegans and others who avoid eating eggs, this liquid can also be an excellent replacement for eggs in baked goods and other culinary preparations. If you want to replace one entire egg in a recipe, you will need approximately 3 tablespoons of aquafaba. If you only need to replace the egg white, use 2 tablespoons. 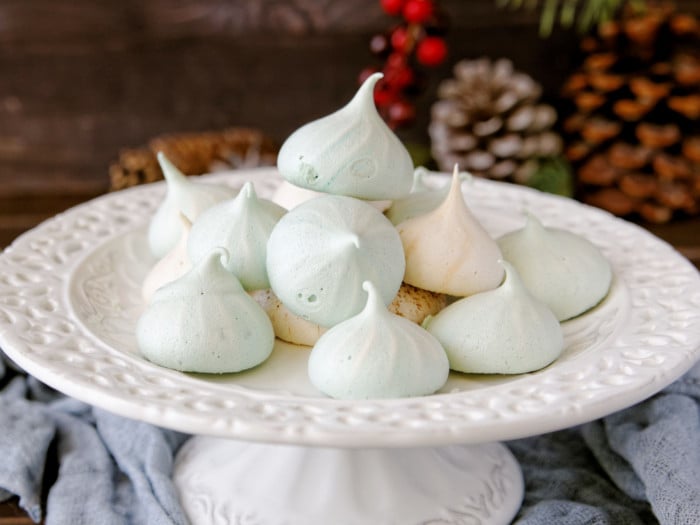 Nutritionally speaking, aquafaba may vary depending on the source and the types of beans or legumes that were soaking in the liquid. Generally, this liquid will have good levels of B vitamins, as well as various sugars, dietary fiber, and protein. Each tablespoon of this egg replacement contains between 3 and 5 calories.

There are quite a few uses for this legume-derived liquid, including as an egg replacement, a vegan dairy replacement, and a key binding and thickening agent for dozens of different desserts, creams, and baked goods.

As mentioned, this liquid works as an excellent egg white replacement for vegans, as it has a similar nutritional profile as eggs, including proteins, carbs, and other nutrients. The thick consistency is almost identical, and it doesn’t change the flavor of most recipes.

It can be difficult as a vegan since there are so many dairy products that you can no longer have, as they contain milk or eggs. Fortunately, learning how to cook and bake with aquafaba is quite easy, and inexpensive.

There are a few substitutes for eggs that retain such a similar texture and consistency in baked goods, and this legume-derived liquid is known to work great in meringue, pavlova, brownies, butter, mayonnaise, waffles, macarons, mousse, whipped cream, ice cream, marshmallows, and aioli, among many others!

How to Store Aquafaba?

You might not always have a use for all the bean juice, so knowing how to store it can be important.

Note: Freezing and then thawing this liquid shouldn’t have any impact on its function as an egg substitute.