Are Figs Vegan: What You Need To Know

Veganism stands for a way of life which aims to exclude the exploitation of animals for food, clothing, shelter, or any other purposes. It looks towards minimizing or curbing cruelty towards animals. In view of that, many items of consumption come under the radar and call for discussion about whether they are vegan or not. One such popular topic of debate is – are figs vegan? In this article, we discuss that in detail.

Are Figs Vegan – The Argument

Figs originate from Southwest Asia and the Eastern Mediterranean and are mostly eaten fresh or dried. They are rich in various nutrients, including fiber, calcium, iron, and antioxidants, as per Food Data Central.

Figs naturally come from plants and therefore can easily be considered vegan. However, there are a lot of people who feel that figs should not be a part of a vegan lifestyle. Why is that?

There are people who suggest that the growth and developmental process of figs involves a misalignment with the vegan ideology. The developmental process of figs before it reaches maturity takes the help of pollinators wasps to grow and reproduce. Unlike other flowers that rely on bees to pollinate, figs cannot do the same as they have an enclosed inverted flower structure, thereby relying on the help of wasps. 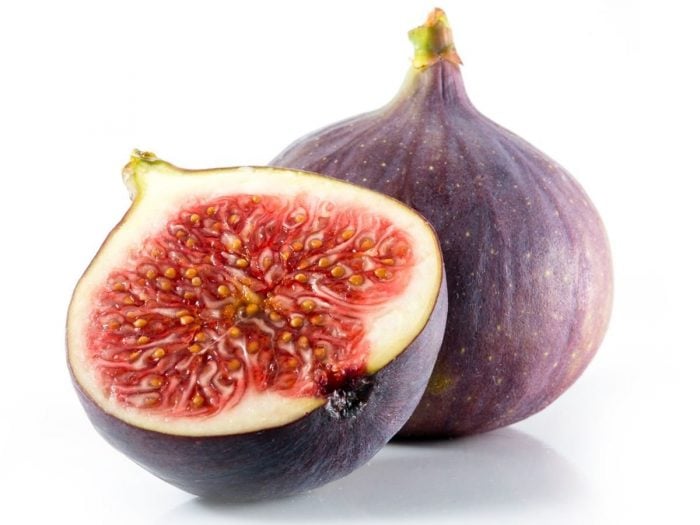 As the fig plant closes towards maturity, these female wasps enter the tiny fig flower opening to lay their eggs. In the process to enter, they break off their antennas and wings, thereby dying inside the flower. The body of the wasp is then digested by an enzyme in figs, while the eggs that were laid inside the fig flower prepares to hatch. Once these eggs hatch, the male and female larvae crawl out of the fig with the pollen attached to their body, going back to continue the same life cycle.

The reason why figs are not considered vegan by some is this – the death and consumption of the body of a wasp. However, the counter-argument says that both the wasp and the figs rely on each other for reproduction. They share a symbiotic relationship – not equating it to animal exploitation or cruelty – thereby qualifying figs for vegan consumption.

Figs are usually eaten raw or dried. However, many times, they are eaten along with other food products, not necessarily vegan. Some might add them to sweetened baked products, where even dairy and poultry might be present. They can also be used to make jellies that contain gelatin, which is derived from animal skins or bones.

Be sure to check the ingredient label before consuming any fig-containing product to ensure it is cruelty-free and devoid of any ingredients that involve animals – be it milk, eggs, or gelatin.

Having looked at both sides of the arguments, we can say that both the reasons are equally valid. It depends upon personal choice whether you want to constitute figs as vegan or not. There are more people, including vegans, who agree to the mutually beneficial relationship of figs with wasps and thereby believe it to be vegan.

It does not directly or intentionally harm the lifestyle or life of any animal – thereby being considered cruelty-free. However, do check the product label if you are consuming a product that has figs as one of the ingredients if you are abiding by a vegan lifestyle.

Rate this article
Average rating 0.0 out of 5.0 based on 0 user(s).
Latest Health News: