Many people have never heard of baijiu, but if you ever travel to Asia, there is a good chance that you will encounter it when you land at a local bar.

Baijiu, also known as shaojiu, is a type of distilled alcoholic beverage that originated in southeast China. It is the most widely consumed liquor on the planet, even though almost all baijiu is consumed in Asian countries, according to Derek Sandhaus in his book ‘Baijiu: The Essential Guide to Chinese Spirits‘. [1]

Traditionally, it is made from fermented sorghum mash, but many different varieties of the style use different bases. Baijiu is also popularly infused with herbs and aromatics for medicinal purposes and most recently has become a popular base for cocktails. The alcohol content for this liquor can vary wildly from style to style, ranging anywhere from 20% to 65% ABV. 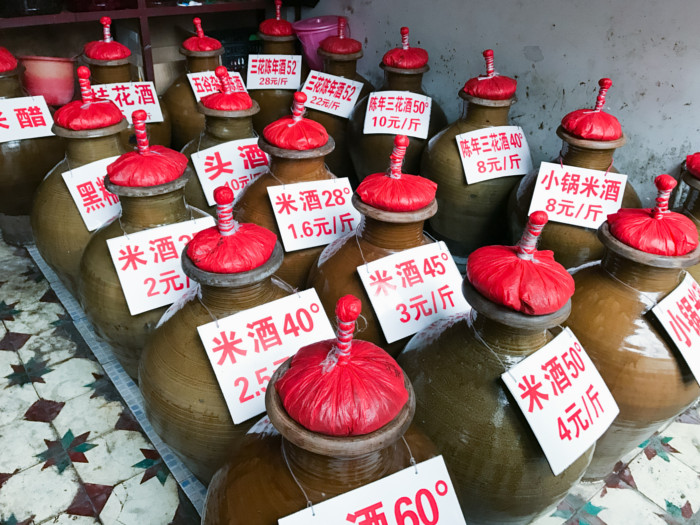 There are four  [2]different categories of baijiu that are commonly produced: strong aroma, light aroma, sauce aroma, and rice aroma; let us take a look at them below.

As mentioned, this liquor is a fermented beverage, and like the many other fermented foods that form the base of the Chinese diet, there is a study conducted by Xiao-WeiZheng in the Nutrition & Health Research Institute, COFCO Corporation, Beijing, [3] that suggests the regular intake of this alcohol in small amounts may help protect against cardiovascular diseases and prevent Alzheimer’s.

Baijiu is particularly popular at holidays, cultural celebrations, and when entertaining guests. It is traditionally drunk at mealtimes, and served neat, at room temperature.

Adverse Risks Associated with Alcohol Consumption: Moderation is key. The risks involved with drinking excessive alcohol can be short term such as violence and injuries to long-term health risks such as chronic diseases. According to the Centers for Disease Control and Prevention, people who should not drink alcohol include women who are pregnant, individuals younger than 21 years of age, and people who are recovering from alcoholism or cannot control the amount they drink. Also, it should be avoided by people who are planning to drive or any other activity that required focus and skill. However, different countries have different rules on alcohol purchase and consumption. [4] [5]