The best energy supplements that have the ability to increase alertness, stamina, and overall health include caffeine pills, l-theanine, ashwagandha, ginseng, and CoQ10. Other natural supplements that help increase energy levels include maca, guarana, and green tea extracts. Whether you are looking to increase focus and alertness, your quality of sleep, or just want to feel better, these herbal supplements may be the answer. However, it is best to arm yourself with information on their benefits, recommended dosage, and side effects. Let’s find out more!

Let us look at the benefits and possible side effects of the top energy supplements.

Caffeine pills contain pure caffeine, a central nervous system stimulant, and are sold as dietary supplements in 200 mg dosage. One 8-ounce cup contains approximately 95 mg of caffeine. So if you take one 200 mg caffeine pill, it is equal to downing a little more than two typical cups of coffee. 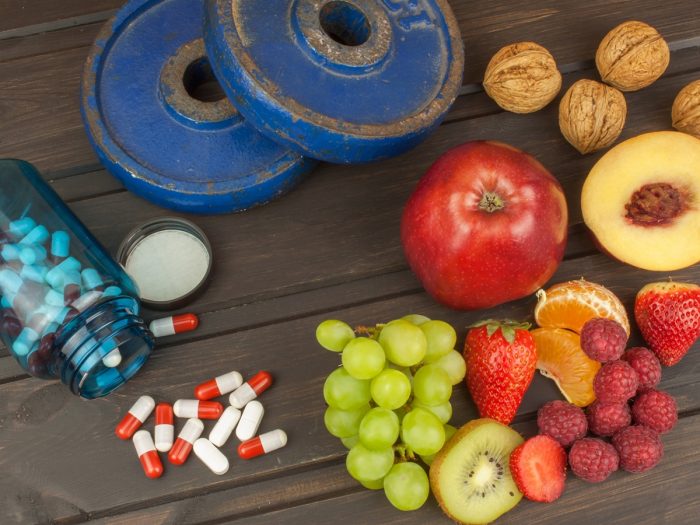 Caffeine pills are used as neuroenhancements by students to increase alertness and focus; however, detailed research is required to verify the actual effect as well as risks involved in these dietary supplements. Also, according to a report published in the Journal of Strength and Conditioning Research, athletes use it to increase endurance performance.

According to a 2017 report in the Frontiers of Psychiatry journal, it is safe to take 400 mg of caffeine per day for healthy adults (19 years and older). However, it is best to take a smaller dosage of caffeine in the dietary supplement form as you may ingest it through other products like green tea, sports drinks, colas, and protein bars.

The USFDA guidance report on caffeine products states that due to the risk of adulterated caffeine which can be fatal, it is advisable to have over-the-counter caffeine in the form of:

According to the USFDA, pure and highly concentrated caffeine is a threat to health and have led to at least 2 deaths. Other side effects of excess caffeine intake include:

L-theanine is a naturally occurring amino acid found in green and black tea, and in certain kinds of mushrooms. Research published in the Asia Pacific Journal of Clinical Nutrition revealed that l-theanine has a direct effect on the brain, which helps increase mental alertness.

Data collected from randomized clinical studies show that l-theanine has an anti-stress effect on humans. It helps increase the alpha brain waves, which helps in “wakeful relaxation”. Because l-theanine decreases anxiety, ingesting it can help you get better quality of sleep even though it is not a sedative. A study published in the Alternative Medicine Review showed that 400 mg of l-theanine, when given to boys diagnosed with attention deficit hyperactivity disorder (ADHD), helped improve sleep quality.

L-theanine is available in the form of 200 mg pills. While there is no official limit for dosage, the USFDA has marked 250 mg of l-theanine as safe. It would be advisable to check with your doctor about the dosage and to check the instructions on the packaging of the product.

There are no known side effects of l-theanine.

Ashwagandha (winter cherry) is regarded as one of the best energy supplements and the herb has been used in Ayurveda and traditional medicinal treatments for several centuries.

The book of herbs “Nutraceuticals: Efficacy, Safety, and Toxicity” says that the bio-compounds in ashwagandha help improve energy levels, lower anxiety, reduce inflammation, and enhance overall health. It is also found to be helpful in cases of osteoarthritis. A study in the International Journal of Ayurveda Research showed that ashwagandha improved speed and muscular performance in healthy individuals.

Ashwagandha comes in different dosage forms, upwards of 300 mg. Your physician or licensed herbalist can be your best guide as different health conditions require different dosages. It works best when taken consistently and over a period of time.

Ginseng is a traditional herb that has been used in traditional Chinese medicine for thousands of years. The herb was well-known for treating sexual dysfunction but now, several studies have proven that it also helps enhance overall well-being. The most popular forms are Asian ginseng and American ginseng.

American ginseng is taken to reduce stress, boost immunity, and increase energy levels, according to the National Center of Complementary and Integrative Health. Asian ginseng has different properties. It is shown to enhance physical performance levels and increase resistance to stress and aging.

There is no standard limits or dosages prescribed by doctors or regulations. Doctors and herbalists usually suggest a 200 mg dose and modify it based on the health conditions of the individual.

Ginseng may interact adversely with anticoagulation and diabetes medicines.

Coenzyme Q10, a best-selling supplement in the United States, is a naturally occurring compound in the body. According to NIH, the highest levels are present in the heart, liver, kidneys, and pancreas.

There is scientific evidence that CoQ10 may reduce the complications of heart surgery as well as lessen the risk of cardiovascular diseases. A study published in the Journal of the American College of Cardiology Heart Failure suggested that long-term ingestion of CoQ10 can help patients with chronic heart problems by improving their symptoms.

It is advisable to take a test to determine if your CoQ10 levels are low and if you need supplementation. There is no standard prescribed dosage for CoQ10 – your doctor can determine the dosage based on your test results. Most studies use a dosage ranging from 50 mg to 1200 mg for adults, over the course of a day.

The side effects include mild insomnia or gastric distress. CoQ10 interferes with diabetes and anticoagulation medicines. Also, people undergoing cancer treatment need to check with their physicians before having it.

Other natural energy supplements include:

Note: It is advisable to check with your doctor before adding any energy supplements to your daily diet.