Beta-alanine is a non-essential amino acid that is found in both protein sources and supplements form and is believed to improve athletic performance in certain ways for high-intensity athletes.

Beta-alanine is one of the many amino acids found in the body, although it is not one of the nine essential amino acids our bodies require. Chicken, pork, and beef are natural sources of this amino acid, but it has also become a popular supplement for high-intensity athletic performance, such as weightlifters and sprinters, as noted in this review published in Medicine & Science in Sports and Exercise. The reason for this sports-oriented preference is because beta-alanine is a key ingredient in the production of carnosine, which is an important part of muscle performance and endurance. While there are many claims surrounding the efficacy of this supplement for increased athletic performance and muscle development, the research has been limited and inconsistent. [1]

The primary benefit attributed to beta-alanine relates to muscle performance and an increase in carnosine. 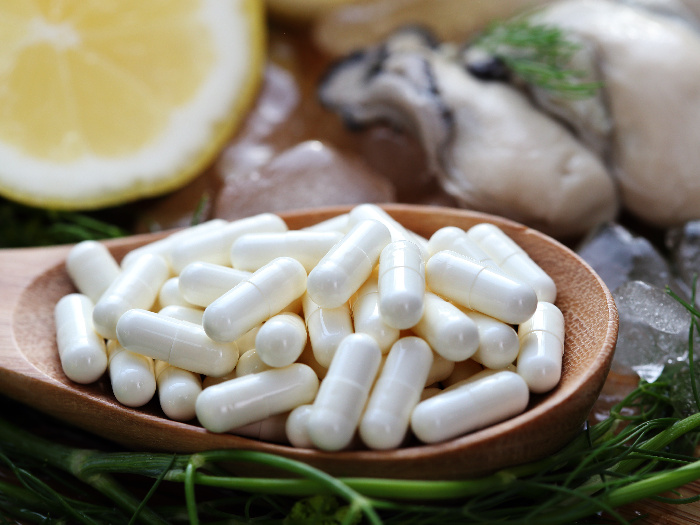 Research on this particular supplement is limited, so dosage requirements vary between product recommendations. However, the majority of studies on beta-alanine and muscle performance have used a dosage of 3-6 grams per day, often divided into 3-4 doses throughout the day, for a period of 10-24 weeks. It has been found that the best results are seen after the supplement has been added to an individual’s system for 1-2 weeks. Based on your exercise regimen and performance goals, appropriate doses may vary. Speak with your doctor, herbalist, nutritionist or medical professional before regularly adding this supplement to your diet. [4]

When to Take Beta-Alanine?

Experts recommend that for best results, athletes should take a beta-alanine supplement before an intensive workout to optimize performance. However, regular intake of smaller doses throughout the day can also sustain beta-alanine levels in the body. In other words, there is not a right or wrong time for this supplement, but for best effects, you should schedule your intake intentionally. [5]

Taking beta-alanine as a supplement is generally considered safe, but there can be unpleasant side effects if taken in excess. Doses over 800mg have been associated with itching and skin irritation, due to the molecule’s binding to certain receptors in the skin. Reducing your dosage concentration can prevent these symptoms. Furthermore, if you have certain conditions, such as hyperbetaalaninemia, as it could increase oxidative stress and boost the chances of chronic disease. Some interactions have been reported with other supplements and medications. If you are taking any pharmaceuticals or other regular supplements, speak with a professional before including this amino acid supplement. [6]