Binge Eating Disorder or BED is a serious illness that affects almost two percent of the total world population. Let’s take a look at its symptoms and causes in detail below.

What is Binge Eating Disorder?

Binge eating disorder is a severe eating disorder that can be life-threatening if not treated. It involves repetitive episodes of uncontrollable eating, often very fast and to the point where one may feel like or end up puking. According to the National Eating Disorders Organization, binge eating disorder (BED) is the newest addition to the list of Diagnostic and Statistical Manual of Mental Disorders, 5th Edition or DSM-5.  [1]BED is noted to commonly start when the person is in his/her late teens or early twenties but can happen to a person of any age and is counted under chronic diseases.

There are many physical, emotional, and behavioral signs and symptoms to identify a binge eating disorder as per the National Institute of Mental Health. Let’s take a look. [2] 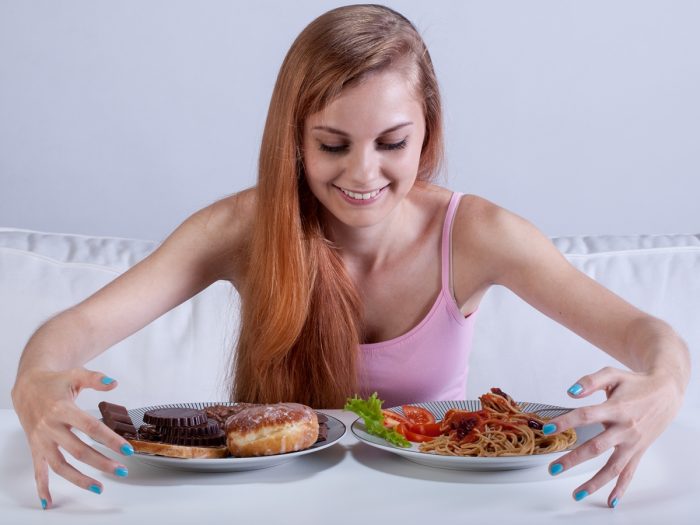 Teenagers are at the highest risk of developing a binge eating disorder. Photo Credit: Shutterstock

It is important to note that BED shouldn’t be confused with occasional episodes of overeating during festivals, wedding, and more.

There can be a number of different causes behind a binge eating disorder. Let’s take a look. [3]

In order to diagnose this disorder, one shall have at least one episode of overeating in a week over the course of three months. What makes it important to diagnose this disorder is that it can have significant impacts on the health of the one suffering. It can lead to type 2 diabetes, heart diseases, and stroke. Study reveals that a disorder of this kind can have even greater impacts on the metabolic rate of the body when compared to just obesity. It can also lead to sleep problems, infertility, PCOS or polycystic ovary syndrome, asthma, IBS, and chronic pain conditions. [4]

There are many treatment options for this condition, mainly including therapies, such as the following. [5]

It is best to seek medical experts in order to seek the right course of treatment for your respective binge eating disorder. As the treatment course also depends on your underlying issues and causes behind the disorder.

There are other steps that you can take at a personal level in order to treat the condition or help prevent it. They include the following:

As a last note, always follow a proper self-care routine and put your health and hygiene over and above anyone or anything else. If you recognize the symptoms of this disorder, then go for medical help. There is no shame in seeking treatment for a mental health condition or otherwise.