Eating bison meat is a rather exotic way to increase your omega-3 intake, along with numerous other health benefits.

What is Bison Meat?

Bison meat is the meat from the American bison, also commonly known as American buffalo, and is a delicious, nutrient-dense type of red meat. Bison meat is legal and is commonly served in many western states of the United States, such as Colorado, Nebraska, Utah, and Texas, among others. It is extremely tender, when cooked properly, and has a lighter texture than more traditional red meats, such as beef. It is also considered much healthier than other forms of red meat, due to its dense protein and omega-3 levels. Due to the exotic nature of this meat, however, it can be expensive, particularly if you aren’t in a region where bison are raised. [1]

When it comes to nutrition, bison meat contains fewer calories and saturated fat. It is a rich source of conjugated linoleic acid (CLA), B vitamins and minerals such as iron, phosphorous, zinc, and selenium. [3]

The health benefits of bison include preventing cardiovascular problems, reducing inflammation, boosting the immune system, and stimulating growth and development, among others. Let us look at some of them in detail below:

With its relatively high levels of omega-3s, this meat is known to actually help inflammatory symptoms of arthritis and gout.

There are high levels of zinc in this meat, which can improve the immune system’s function and keep you free of infections. [4]

The iron content in bison is impressively high, offering more than 50% of your daily requirements in a single serving. [5] 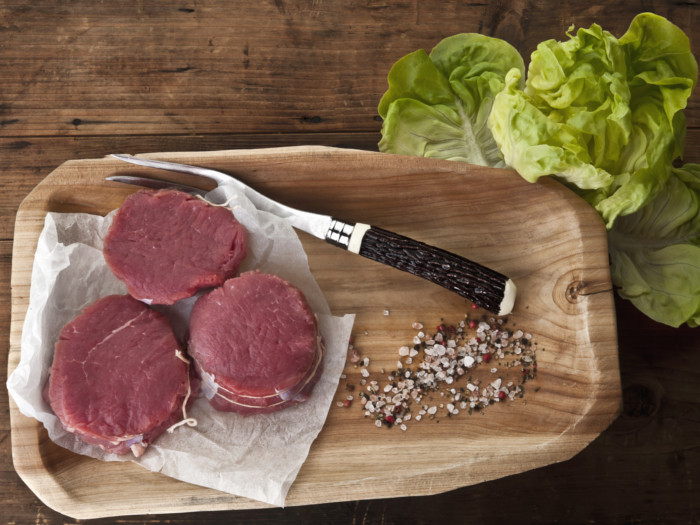 As a great source of lean protein, bison meat can help stimulate growth and development.

There are a few key differences between bison and beef, let us discuss them. [7]

Rate this article
Average rating 4.2 out of 5.0 based on 5 user(s).
Read This Next:
Popular Articles