There are many people, in fact, a majority of us, who have grown up with negative thoughts and ideas about our own body. What we usually forget is that there is no fixed standard we have to fit in; only if the TV commercials, newspapers, and social media wouldn’t feed us of the otherwise. What also plays a major role in shaping our perception of our body is our immediate family and friend environment. But then what exactly is body image and how does it affect our reality? Let’s take a look.

What is Body Image?

Body image refers to our perception of our own bodies; it can be positive, negative, or in some cases even both. In most cases, it depends on how we think others perceive us. It can be about our height, weight, skin, or shape as perceived by us and not others, according to the United States government initiative called ‘Girls Health‘. A survey done by the National Eating Disorders Association revealed that around 30 million people in the US suffer from an eating disorder in their lifetime, which is driven by a negative body perception. [1] 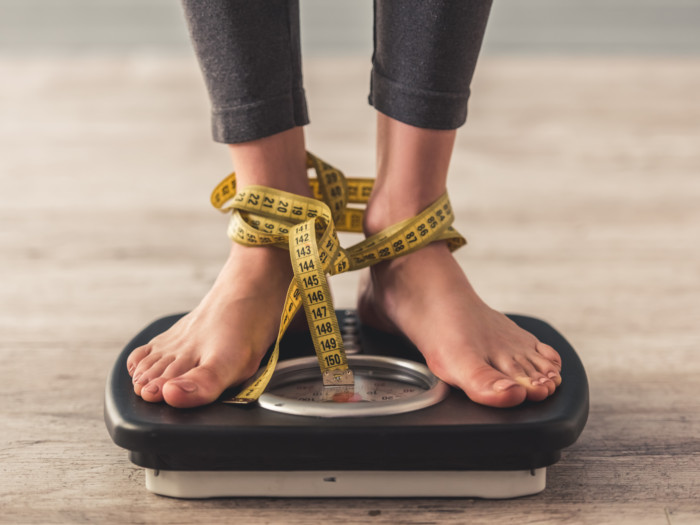 Many popular weight-loss plans do not recommend weighing yourself daily. Photo Credit: Shutterstock

In the race to look the best as per the standards set by the society as a whole, many girls and boys subject themselves to the mental and physical torture of going through extreme diets, which directly lead to poor nutrition-related health disorders, anxiety, and in some cases even depression and mental breakdowns. A statistical report published by the National Eating Disorder Organisation  [2]says that the 3 most common eating disorders caused by a negative body image include anorexia nervosa (AN), bulimia nervosa (BN), and binge eating disorders (BED).

In most men and women with a distorted body image, signs can be seen early on. Research by Smolak L., published in 2011, in her book Body Image: A Handbook of Science, Practice, and Prevention, bullying and weight shaming is considered as one of the primary reasons for a negative body image. Many children with eating disorders and a negative body image grow up surrounded by people commenting on their physical features; of them being ‘too fat’ or their nose being ‘too big’ or their feet being ‘too small’. All of these comments stigmatize the child psychologically and lower their self-esteem, leading to wrong body perception. [3]

While body image issues are more prevalent among women and young girls, men and young boys are not spared of this stigma either. According to a publication by the National Gay and Lesbian Task Force, of the men who identify themselves with an eating disorder, 42 percent are gay individuals; which is quite a high margin as the gay population itself encompasses only about 5 percent of the total male population. [4]

In most of the cases of male body image issues, it often goes unnoticed because of the assumption that men don’t have any such issues; wherein research suggests that around 25 percent of the people with anorexia nervosa are male individuals, thereby exposing them to a higher risk of death. [5]

The hullabaloo around being skinny and beautiful, having clear and fair skin, adorning six-pack abs, and all the other generalized body objectivity prevalences in terms of dating apps and more, have done enough to pull down the self-esteem of young individuals who are there on the social media. Research published by Scott Griffiths, Ph.d., in the University of Melbourne states, ‘a higher frequency of use of social media platforms, particularly Facebook, Instagram, and Snapchat, corresponded to greater body image concerns and eating disorder symptoms’. [6]

One of the many examples would include the recently trending thigh gap, which made young girls idolize a thigh structure in which when standing straight there was a gap between the two thighs. This particular standard of beauty created a negative body image in the minds of girls who didn’t have a thigh gap and led them to extreme diets, risking their health and life. This trend is claimed to have been started by the likes of Kendall Jenner, Jennifer Lopez, and Bella Hadid, according to the Health Mag. Inside Edition also highlights how many women went on to get surgeries done to get the thigh gap. [7] [8]

There are many brands that advertise on Facebook and Instagram when their products in themselves promote quite a shoddy idea of beauty. One such example would be that of Victoria’s Secret; as it famously promotes an unrealistic and unhealthy idea of slimness among girls. [9] 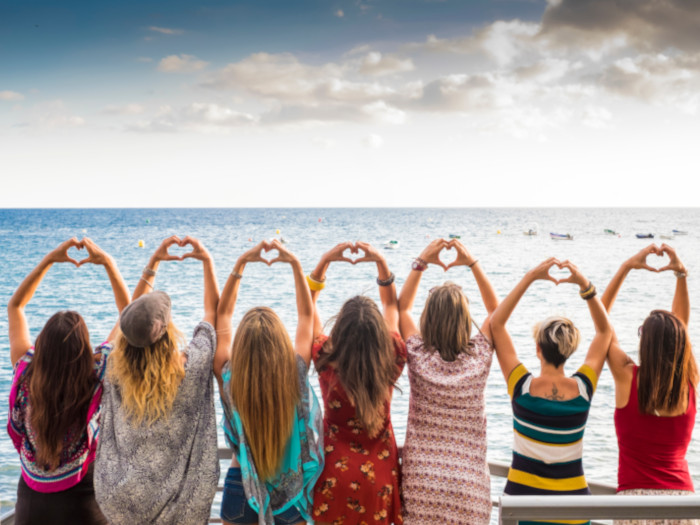 On the other hand, there are also brands like Dove that have been trying to bring diversity to the idea of beauty in general, through their ad campaigns. [10]

It’s very important to promote the idea of a positive body image, especially among teenagers and kids. It is important to nurture kids with a healthy perception of their body so that they don’t grow up with such issues in their lives and adopt unhealthy mental patterns with relation to food and life in general.

To understand the seriousness of the issues, the Mental Health Foundation has taken up body image as their theme for the Mental Health Awareness week in May 2019. Let us take a look at the few things you and I can do to create a healthy and positive body image. [11]

Lastly, keep in mind that one size does not fit all and you are perfect as you are. As Ellen Degeneres said, “Beauty is about being comfortable in your own skin. It’s about knowing and accepting who you are.” Eat well and think happy!