Your favorite tea may contain more caffeine than you think! Unlike coffee or caffeinated sodas, tea provides an energy boost without the jitters, with the awakening effect lasting much longer. However, all traditional teas made from Camellia sinensis have a certain amount of caffeine.

The amount of caffeine in tea depends on the processing methods, growing conditions, tea varietal and the most importantly – the way you brew it. But caffeine, in small amounts, is not as bad as you think it is.

According to a 2018 study published in Food Science and Technology, the average daily intake of 263 ml of tea (about 8 ounces) contains up to 47.6 mg of caffeine. This is lower than caffeine intake from coffee (198.2 to 435.8 mg) and guarana powder (551 mg). Beside the tea shrub Camellia sinensis, caffeine is also found in a few dozen plants, with the most popular being coffee, tea, cocoa, guayusa, mate, and guarana.  [1] 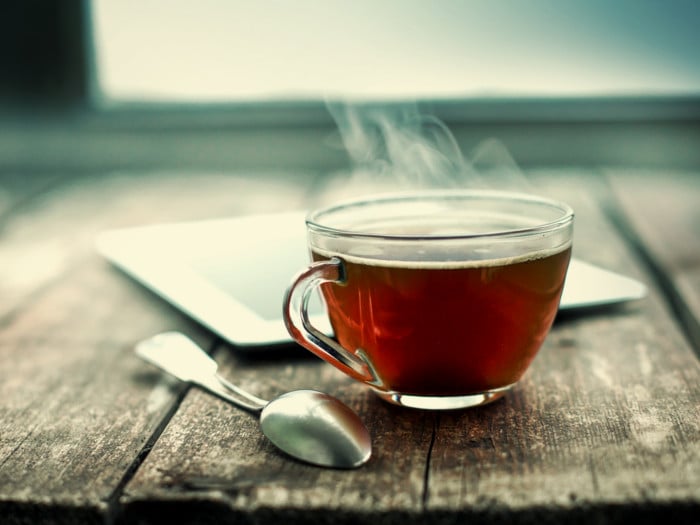 Do you like your tea hot or cold? Photo Credit: Shutterstock

While you might want to completely avoid taking any caffeine thinking it’s bad for your health, many studies have proven the opposite. In fact, the American College of Cardiology stated that a study by Dr. Aleksandr Voskoboinik et al. showed that caffeine, in a monitored amount, may actually be good for our heart health. Caffeine may help in the prevention of chronic diseases, and up to 300 mg is considered a safe daily dose for a healthy adult. Using multiple steeping techniques and drinking up to 4 different types of tea per day would probably not get you anywhere near that level. [2]

All Camellia sinensis teas have caffeine – even the decaffeinated ones

Decaffeinated tea undergoes the process of removing caffeine from the leaves. However, the process doesn’t remove 100% of the total caffeine amount – 1-2% is still left. Remaining levels are extremely low to have any real impact on the body.

Decaffeinated tea might be more harmful than a regular one

Decaffeination can be done using three different processes – with chemical solvents, CO2, and water. Chemical solvents will not only remove all healthy compounds like catechins but will also use an extremely harmful solvent to remove the caffeine from the leaves. Besides, usually, it’s the lower quality tea that gets decaffeinated. [3] [4]

Young fresh buds and leaves are richer in nutrients than older ones. Fresh spring teas have the higher price on the market, while the summer harvest is quite neglected. Higher nutrient levels mean not only higher levels of antioxidants but caffeine as well. Black teas with lots of golden buds will have more caffeine than those without.

White tea might have more caffeine than green or black tea

White tea might actually have more caffeine than many green or black teas. White tea undergoes the least processing so most of the nutrients are kept intact. However, every white tea is different and the final levels will depend on many factors, including tea type and brewing method. White tea is usually made of pure buds – one more reason why it might contain much more caffeine from black tea.  [5] 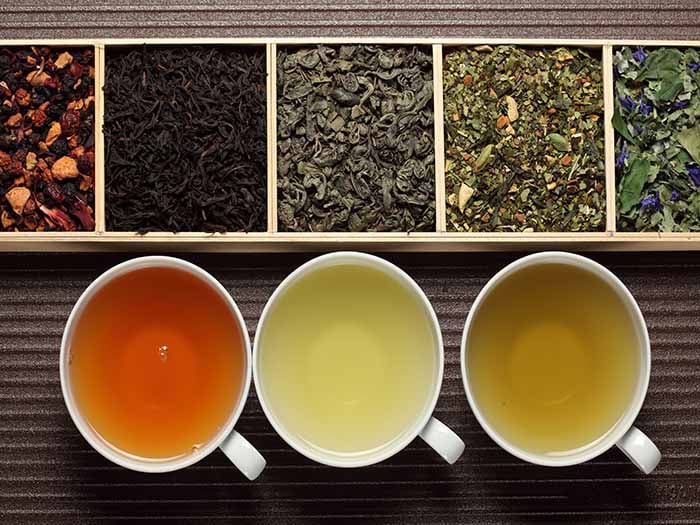 Tea that contains a lot of stems and stalks will contain less caffeine. Teas made purely of stalks like kukicha are considered very low in caffeine, thus very commonly used in macrobiotics.

Caffeine is best released at a certain temperature

The most caffeine will be released under 100° Celsius. Because all teas require different brewing temperature, not all of the caffeine will find its way to the cup. This is also one of the reasons why infused black tea has the most caffeine – it is almost always brewed at 100° C.

The longer you steep your tea, the more caffeine it will have

Although caffeine is release quite fast, it does need a certain amount of time to be extracted. Tea brewed for 2 minutes will have less caffeine than tea brewed for half an hour.

Caffeine level depends on the grade of leaf

Matcha tea is high in caffeine

With matcha powdered tea you are consuming the whole leaf, instead of soaking the leaves and drinking nutrient-full water.

The first infusion will always have the most caffeine

The first infusion will extract the most of the nutritional substances from the leaves, but not all. There are claims that you can decaf your own tea with infusing it in hot water for a short time, but those claims have no real backup. Only a short percentage of caffeine will be released by a quick infusion, far to less to be called decaffeinated. [6] 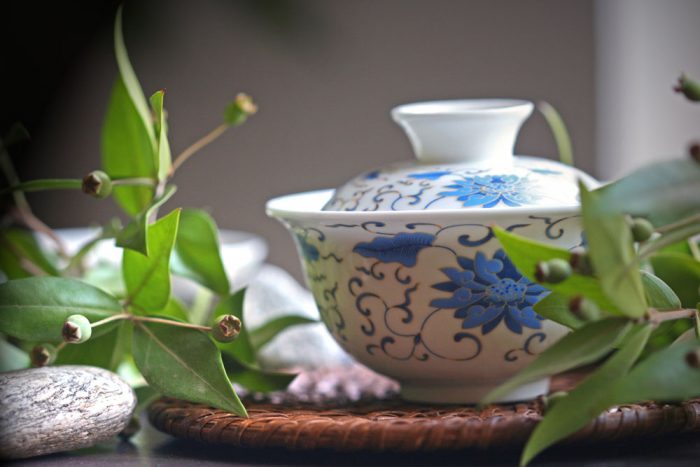 Tea contains some amount of caffeine, but it varies basis the type of tea it is. Photo Credit: Shutterstock

Caffeine in tea works differently from caffeine in coffee

Caffeine in tea works differently from caffeine in coffee because tea contains one more substance, L-theanine, that has a calming effect. That’s why tea will give steady and slow energy rise, unlike coffee that can awake you instantly.

Caffeine in tea can be recognized by a bitter taste. Tea will lose bitter note and the flavor will change significantly by removing caffeine from the leaves. Decaf tea can still taste bitter, due to high levels of catechins. They are also bitter.

So now that you are armed with the information on caffeine levels in tea, you can go ahead and unwind with a steaming hot cup without stress!


Will Bailey is a tea aficionado and the co-owner of the boutique tea company known as California Tea House located in Southern California, where you can find an amazing collection of fine, organic loose leaf tea and small batch tea blends.