If you have had coffee, tea, chocolate, or aerated sodas, chances are that you have consumed a natural neuro-stimulant called caffeine. While a moderate caffeine intake does not cause health risks, a regular high dosage can be addictive and can cause health problems like insomnia and acidity, among others.

Caffeine is a plant-based stimulant that is present in coffee beans, tea leaves, kola nuts, guarana berries, and cacao pods. In its purest form, it is a white powder with a bitter taste. Chemically known as 1,3,7-trimethylxanthine, caffeine is also used in sports drinks, weight loss supplements. Studies have shown that a high amount can improve physical endurance levels and boost metabolism, but researchers recommend that it should only be used for special situations like military operations. [1] [2]

Caffeine is perhaps the most widely used psychostimulant drug in the world. A study published in the Journal of Caffeine Research reveals that more than 90 percent of adults in the US use caffeine regularly, with an average consumption of about 200 mg in a day. That’s about two 6-ounce cups of coffee. [3] 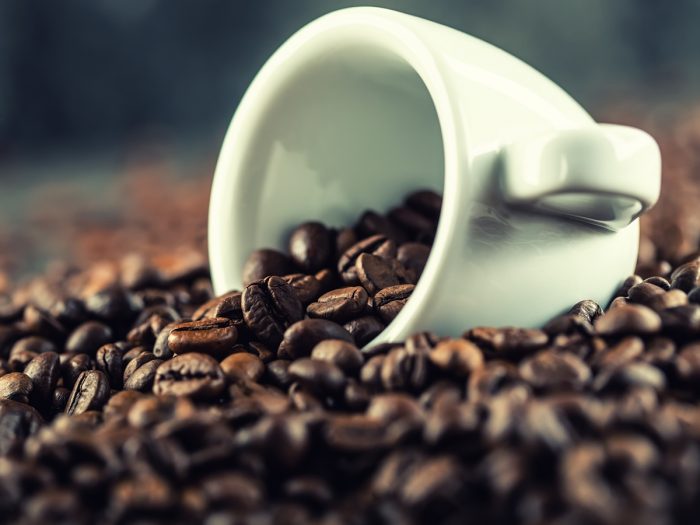 Wake up and smell the coffee! Photo Credit: Shutterstock

Let us look at the most important uses and health benefits of caffeine, which have been verified by research studies.

Caffeine blocks adenosine, a natural inhibitory neurotransmitter in the brain that promotes sleep. A study published in the Journal of Alzheimer’s Disease suggests that because adenosine is inhibited, the brain functions on a higher level of cognition, learning, memory, and alertness. This is why you feel alert when you drink a cup of tea or coffee. Research studies are being conducted to explore the therapeutic potential of caffeine on brain dysfunction and diseases such as Alzheimer’s disease, Parkinson’s disease, Huntington’s disease, epilepsy, depression, and schizophrenia. [5]

Research published in The American Journal of Clinical Nutrition said that the thermic effect of the meal was significantly higher in people who had coffee than with people who had the decaffeinated version. Furthermore, fat oxidation was more in the people who drank coffee. [6]

Several reports have shown drinking tea or coffee, the two most popular beverages in the world may reduce cardiovascular risks. A study published in the International Journal of Cardiology suggested that habitual moderate coffee drinking was positively linked with a lower risk of heart problems in women. Other studies reveal that drinking green tea and coffee in limited amounts can lower the risk of stroke. [8] [9]

Prescription and non-prescription drugs that contain caffeine help cure headaches and migraines and they are approved by the FDA.

Excessive consumption of caffeine can cause the following side effects:

To avoid forming a caffeine addiction, it is best to take in small amounts during the day. According to the US FDA, 400 milligrams (mg) of caffeine can be safely consumed by most individuals. However, it is best avoided by children below 12, pregnant women, and women who are breastfeeding. While this is a guideline, it is best to know that the accompaniments in these common beverages like cream, sugar, and other chemicals may be harmful to the body. If you think you are having too many caffeinated drinks, try substituting them with decaf versions, herbal beverages, or unsweetened fruit juices. [17]