Some of the most important health benefits of cat’s claw include its ability to reduce inflammation, speed healing, soothe gastrointestinal issues, likely reduce the risk of certain kinds of cancer, improve the immune system, and prevent degenerative diseases.

If you’ve ever been walking through the jungles of Central South America, then perhaps you’ve pushed a cat’s claw vine out of your way, but you may not have realized what a powerful and important vine it actually is. With the scientific name Uncaria tomentosa, it has been used for thousands of years as a traditional herbal remedy for many different ailments. The common name of cat’s claw comes from the unique shape of the thorns, which look like the claws of a cat. In Spanish-speaking countries, the common name is uña de gato.  [1]

The bark and the roots of cat’s claw are what are so highly sought after for their powdered form and extracts, as they have a unique blend of chemicals, including alkaloids and antioxidants that can impact our body in a variety of ways. Although valuable extracts have been used naturally for countless generations, it is highly suggested that you seek out cat’s claw from trained herbalist and certified health food stores to ensure proper preparation. Different variants are also used for different ailments, so professional oversight is highly suggested. Now, let’s dig a bit deeper into the many health benefits of cat’s claw. [2] 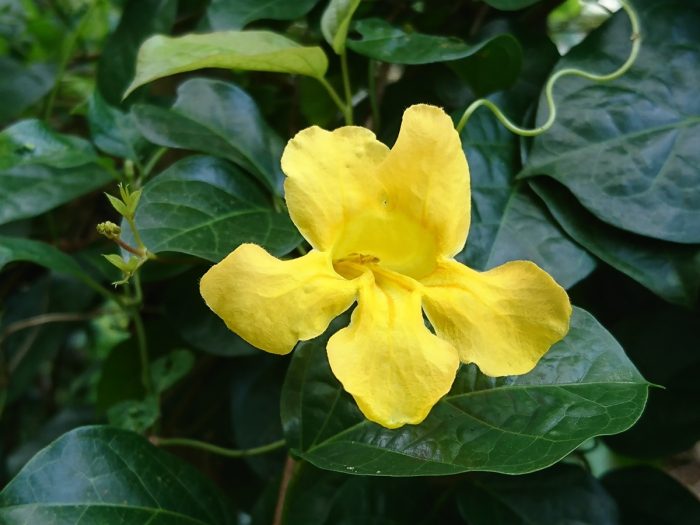 Cat’s claw is believed to fight the inflammation associated with a number of gastrointestinal problems. Photo Credit: Shutterstock

Health benefits of cat’s claw include:

The most concrete evidence on the effects of cat’s claw relates to its impact on the immune system. The powerful range of alkaloids found in it can help to stimulate the immune response of the body, namely increasing the white blood cell count and stimulating antioxidant action throughout the body. This can help to prevent diseases from spreading, and can also eliminate bacterial infections and any other pathogens that may be attempting to weaken out the system. Isopteropodin is the most important chemical that can directly be attributed to this immune system boost. [3]

Anti-inflammatory properties are some of the most sought after in the herbal medicine world, and cat’s claw also fits that description. This is accomplished by apparent immunomodulation effects of cat’s claw chemicals and organic components that can prevent the rush of blood and inflammatory substances to certain areas of the body, like the joints and recent wounds. This can help to speed healing and reduce overall pain. [4]

In traditional uses, cat’s claw was often used to help speed healing of wounds and for people who were ill. Now, given our knowledge of the powerful antioxidant compounds found in cat’s claw, it comes as no surprise that they are able to help prevent infection of wounds and stimulate a rapid recovery from illness, as they fight off any additional invaders to the system. [5]

Dr. Manuel Sandoval Chacón, Dr. JH Thompson, et al, researchers at the LSU Medical Center, Department of Pediatrics and Stanely S Scott Cancer Center, New Orleans, Los Angeles, USA, published a study in which they speak at great length about the anti-inflammatory potential of cat’s claw. Inflammation in any part of the body, particularly the gut, results in enhanced production of oxidants and free radicals, that have predominantly become recognized as vital components of cell and tissue injury. This eventually causes cancer. Cat’s claw is not only an anti-inflammatory agent but also protects cells against oxidative stress, thereby reducing the risk of cancer. [6]

One of the most common uses of cat’s claw is for providing intestinal support. It can help to reduce inflammation, thereby reducing pain and preventing accidents from occurring. If you suffer from irritable bowel syndrome or “leaky” bowels, it might be perfect for you. It helps to cleanse the entire digestive tract, eliminating dangerous bacteria and restoring a healthy microenvironment in your gut so your digestion is efficient and your bowels are regulated. [7]

For anyone with allergies to other plants in the Rubiaceae family, you may suffer some mild irritation or itchy eyes if you come in contact with or consume cat’s claw powder. In some rare cases, kidney problems may arise, but they shouldn’t be overly serious unless compounded by another ailment. In general, as with all herbal remedies, it is wise to speak with a trained medical professional before adding something as powerful as cat’s claw to your daily or weekly health routine.

Rate this article
Average rating 3.8 out of 5.0 based on 44 user(s).
Read This Next:
Popular Articles