CBD oil for anxiety has been widely used and recommended by many healthcare professionals. Although the legality of cannabis often makes it a point of controversy, let’s take a look at how it works, what is the right dosage, and if it has any side effects.

CBD oil is derived from the leaves of the cannabis or marijuana plant and is favored for its beneficial effects on those suffering from anxiety. CBD or cannabidiol is a type of cannabinoid (a chemical compound) that helps with various mental and physical health issues, such as stress, pain and more.

There are mainly two cannabinoids found in marijuana, one being CBD (cannabidiol) and the other being THC (tetrahydrocannabinol); they both have different impacts on the body. While CBD is popularly used for its therapeutic and medicinal effects, THC is often used for recreational purposes because of its intoxication effect or what is famously known as the “high”.

According to a research published in the McGill University, Canada, “recent studies have confirmed the ability of CBD to alter important aspects of aversive memories in humans and promote significant improvements in the symptomatology of PTSD”.

CBD Oil for Anxiety: How does it Work?

Although the exact way how CBD works is unknown, studies suggest that this compound interacts with a brain receptor called CB1 in the human body. Receptors are tiny proteins attached to your cells that receive chemical signals and thereby respond to them. 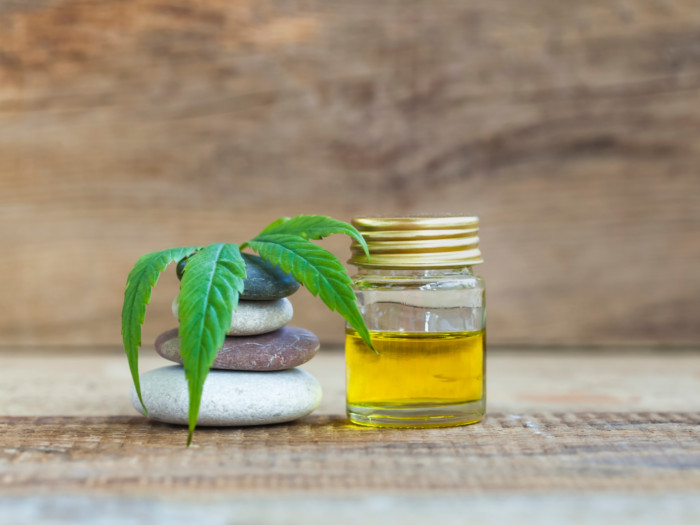 CBD is said to alter the serotonin levels in the brain by interacting with CB1. Serotonin is, commonly, known as the happy hormone among others that include endorphins, dopamine, and oxytocin. Having low serotonin levels is a major cause of depression, anxiety, and poor mental health in many people.

According to the National Institute of Drug Abuse, “CBD has shown therapeutic efficacy in a range of animal models of anxiety and stress, reducing both behavioral and physiological (e.g., heart rate) measures of stress and anxiety”.

A research conducted by Mateus M Bergamaschi, Department of Neuroscience and Behavior, School of Medicine of Ribeirão Preto, University of São Paulo, SP, Brazil, revealed that cannabidiol (CBD) has beneficial effects for those suffering from socialized anxiety disorder (SAD) and post-traumatic stress disorder (PTSD). CBD oil also helps in avoiding severe cases of anxiety attacks which can lead to panic attacks, OCD, and other psychiatric conditions.

How to Find the Best CBD Oil for Anxiety?

You can look for CBD oil that has been derived from hemp; the hemp plant is specifically known for its high levels of CBD and negligible levels of THC. You can also add various essential oils to your CBD oil for a therapeutic effect, flavor, and fragrance. The best CBD oil infusions for anxiety include lavender oil, cinnamon oil, and spearmint oil among others. Their calming effect on the body works well for anxiety relief.

How to Use CBD oil for anxiety?

There are many different ways to consume CBD oil; you can use a CBD oil vape, drink it, add it to food, or use a dropper to drop it into your mouth. The dosage of this oil keeps varying basis the condition you want to treat such as OCD, panic attacks, social anxiety, PTSD and more.

CBD oil is legal in some states of the United States for its medicinal uses, while it is still illegal in many other parts of the world. Confirm with your state laws before consuming it in any form.

Note: It is also advised to consult a medical practitioner before adding CBD oil to your daily routine.

Although safe for use, CBD oil can have a few side effects for some people, when taken in excess. These side effects include the following:

Always use CBD oil in moderation as an overdose of it can have various health implications. Moderation while consuming it will also prevent the occurrence of any withdrawal symptoms once you stop consuming it.