Most people know that a cup of chamomile tea is nice before bed, but this unassuming little flower has much more to offer than meets the eye.

Chamomile is a small white wildflower, similar to a daisy, which is native to Europe, India, and Asia, but it has also spread to North America. Most commonly, the flowers are dried and made into a tea, although the bitter leaves are also edible. The two most commonly used varieties of chamomile are German and Roman, both of which contain a mild sedative, which begins to take effect roughly thirty minutes after consumption. [1]

Chamomile is rich in antioxidants and flavonoids, and thereby has many amazing health benefits, including the following: [2] 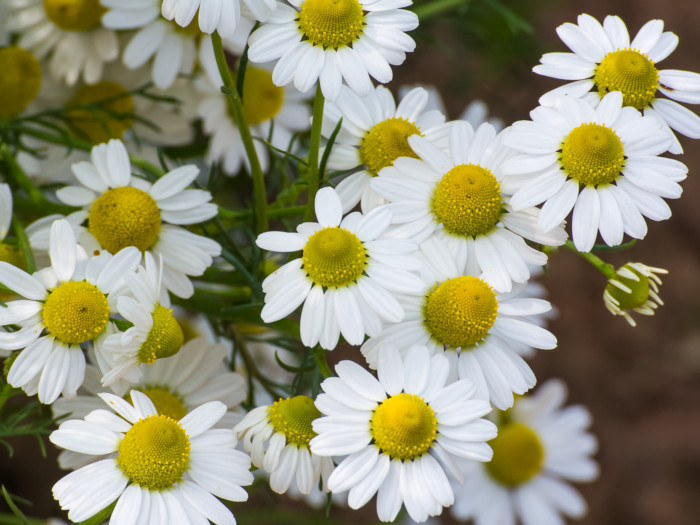 While most people are familiar with the popular tea, this flower’s benefits are also accessible as a more powerful extract, tincture or essential oil. Chamomile powder is also available for cooking or baking, while still retaining its health and sedative benefits.

Word of Caution: According to NIH people with an allergy to ragweed should not use the leaves or other parts of this plant, as they may have a cross-reaction. It is not recommended for women during pregnancy or breastfeeding without medical supervision. As with any herbal remedy, it is wise to speak with your doctor before introducing it to your daily or weekly health regimen. [4]

Rate this article
Average rating 3.6 out of 5.0 based on 33 user(s).
Read This Next:
Popular Articles