Bleeding shortly after a positive pregnancy test may indicate a chemical pregnancy, which can be a traumatic and disappointing event, particularly for someone who is trying to conceive. However, there are many facets to this confusing event that are important for understanding.

What is Chemical Pregnancy?

One of the first signs of being pregnant is a late period, and since this type of pregnancy happens in the first two weeks following fertilization, the bleeding that occurs is often mistaken for regular menstruation. However, for women who have already received a positive result on a pregnancy test, chemical pregnancy can be understandably traumatizing. [1]

The common symptoms of chemical pregnancy include cramping and vaginal bleeding, or it may show no symptoms at all.

Some indications that you may have a failed pregnancy is bleeding and cramping, similar to what you would experience during normal menstruation. [2]

The physical process of chemical pregnancy can be taxing on the body, which can result in weakness and fatigue, as well as gastrointestinal distress and nausea. 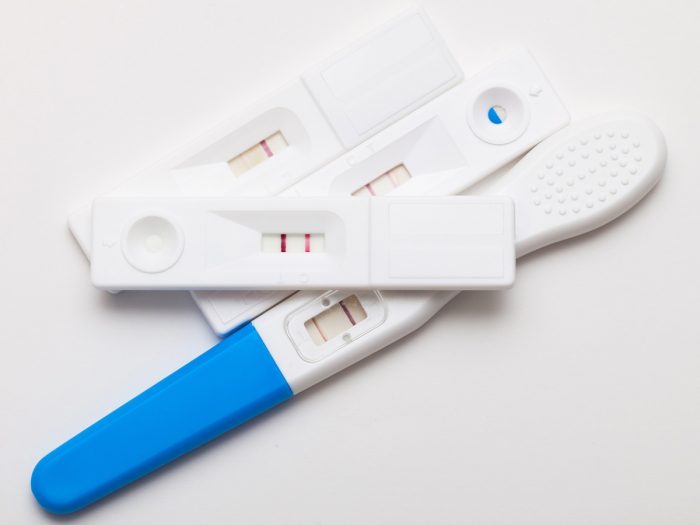 Chemical pregnancy can be caused by a variety of factors, such as chromosomal abnormalities, hormone imbalances, ectopic pregnancy, chronic disease or sexually transmitted disease, among others. [3]

In the early stages of cell division that leads to a pregnancy, rapid cellular growth can result in chromosomal abnormalities – either too many or too few – which can lead to a chemical pregnancy. [4]

If you have abnormal hormone levels or a thyroid disorder, it can cause the improper growth of certain cells or tissues in relation to the fetus, thus leading to an early miscarriage.

If your fertilized egg implants outside the uterus, such as the Fallopian tubes, it is possible for hCG to be released into the blood, making a chemical pregnancy inevitable. [5]

Certain infections and diseases, including sexually transmitted diseases, untreated thyroid disease, or toxoplasmosis can all cause a chemical pregnancy.

What Happens During Chemical Pregnancy?

When you experience chemical pregnancy, it means that your egg has been fertilized by a sperm, and has implanted on the wall of your uterus. At this point, the body begins to produce Human Chorionic Gonadotropin (hCG), which is the main indicator of pregnancy in urine and blood tests (both at home and through your doctor). Once a positive result has been achieved, the woman assumes that she is pregnant. However, as a result of one of the causes explained above, the fetus is lost and is passed from the body in the form of blood and tissue. This can resemble normal menstruation, or for a woman who knows she is pregnant, may represent a miscarriage. [6]

However, it is important to note that not all bleeding during pregnancy means a miscarriage. Spotting or bleeding is often common after implantation, which happens around the same time that most chemical pregnancy discharges occur.

The treatment following chemical pregnancy includes both physical and psychological remedies to ensure the health of the mother and the future possibilities of conceiving a healthy child.

If there is only a partial miscarriage, there will be some remnants of the early placenta and embryo in the uterus, which can lead to infection and serious complications, so the cervix is artificially dilated for the doctor to clean out any debris from the uterus. [7]

This can be a hugely traumatic experience, but it doesn’t mean that you won’t be able to get pregnant again in the future. Many women who experience this type of miscarriage seek out counseling and support for the psychological damage this can cause. [8]

The best ways to prevent chemical pregnancy include avoiding stress, checking hormone levels, consulting with your doctor and eating healthy.

Ensuring that you have proper hormone levels before conceiving, including stress hormones, can be a good indication that your body is ready to receive and support an embryo. [9]

Eating a healthy diet will help regulate your hormone levels and prevent chemical pregnancies that are caused by an imbalance in the thyroid or some other area of the body. [10]

Seeing your doctor before trying to get pregnant will allow him to perform certain tests and procedures, which will indicate if your body is ready to handle a full-term pregnancy.

Rate this article
Average rating 3.0 out of 5.0 based on 13 user(s).
Read This Next:
Popular Articles