This particular type of milk is made by heating regular milk and adding certain spices, such as nutmeg, cinnamon or cloves. This will cause the milk to thicken up, and also give it some of the sweetness of coconut milk, without adding as many sugars or calories to your diet. [1]

Soy milk is a very popular coconut milk substitute, as it is extremely nutrient dense, but doesn’t have quite as much sugar or calories as coconut milk. It is lactose-free and has a thinner consistency. Both sweetened and unsweetened soy milk is available. But there are some possible side effects of drinking soy milk for people with hormonal issues. [2] 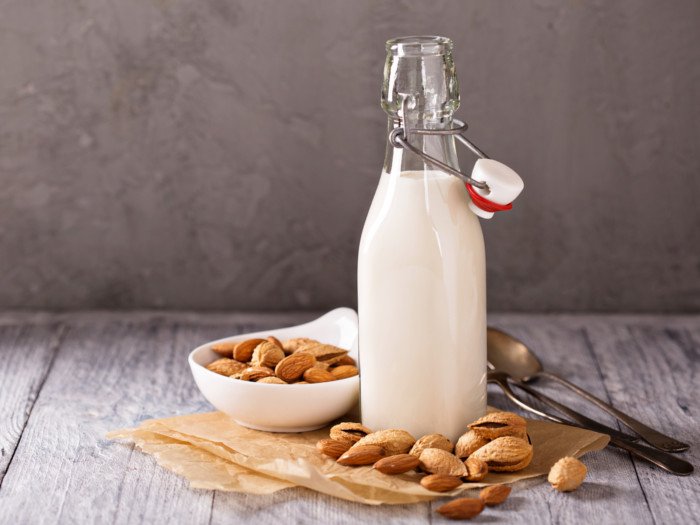 Almond milk is a plant milk made from almonds with a creamy texture and nutty flavor. Photo Credit: Shutterstock

If you blend silken tofu into a puree, it can have a very similar consistency to coconut milk, but it is a much healthier alternative. It is very low in calories, and absorbs many of the flavors of the recipe, making it a subtle and less sweet replacement for coconut milk. [3]

This is arguably the best coconut milk substitute because there is such a natural sweetness to almond milk. Furthermore, there is a good amount of sugar and healthy fats, such as omega-3s, which is quite similar to coconut milk. Almond milk has fewer calories and is notably thinner in consistency, but it can be a good substitute for most recipes. [5]

In terms of consistency, yogurt works very well as a coconut milk substitute, particularly when mixed with some water. It maintains a similar sweetness but has a good probiotic content, fewer calories, and less saturated fats than coconut milk, making it an effective and health-conscious alternative. [6]

Rate this article
Average rating 3.8 out of 5.0 based on 37 user(s).
Read This Next:
Popular Articles