The most impressive health benefits of coffee include its ability to improve cognition, aid in weight loss, boost energy, lower the risk of diabetes, maximize fitness efforts, and increase liver protection. Research also indicates that it may help in the prevention of certain types of cancer. Moreover, coffee aids in boosting metabolism and protecting the cardiovascular system against damage.

Coffee is a brewed beverage prepared from the roasted beans of its plant. This plant is native to Ethiopia and Sudan in Africa and also stretches its origin in regions like Madagascar, Mauritius, and Comoros.

Coffea arabica is the most commonly used bean, but there are different varieties depending on the region of the world you are drinking java in or the region you are importing the beans from. 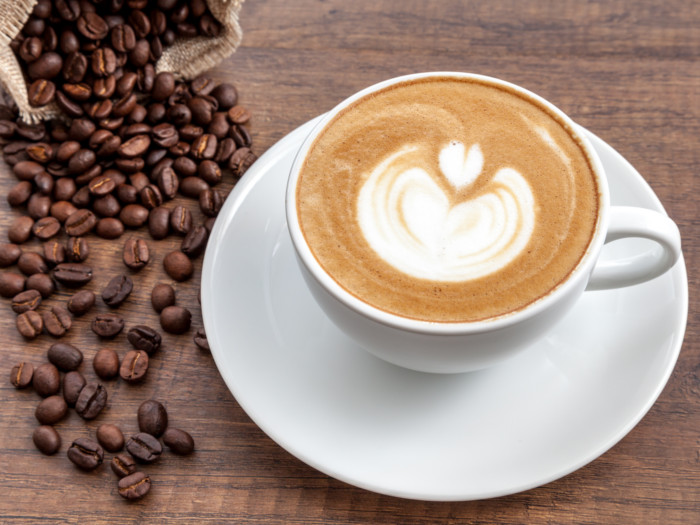 Coffee is more than just a drink: It’s a culture, an economy, an art, a science. Photo Credit: Shutterstock

Coffee beans have important nutrients like the B-family vitamins, including riboflavin, pantothenic acid, and niacin, as well as other nutrients like potassium, manganese, and magnesium. Perhaps most importantly, they contain antioxidants and caffeine, which have a wide range of health benefits when consumed in moderation and at right times during the day. [2] [3] [4]

This beverage has surprising benefits, many of which are due to its chemical composition and nutrients. Let’s discuss the commonly known benefits in detail.

The caffeine in coffee acts as a stimulant and instantly increases your energy levels. It blocks the inhibitory neurotransmitters in the brain, which is actually the reason behind this stimulant effect.

It is widely known that coffee helps sharpen your mental focus and increase concentration by stimulating the brain with caffeine. While this can sometimes result in a mental crash if too much is consumed, a regular process of drinking it has been shown to protect the cognitive health and prevent mental degradation as we age. [5]

According to a study published by L. Maia, Faculty of Medicine of Lisbon, Portugal, caffeine has shown to have a significant impact on lowering the risk of Alzheimer’s. Studies have shown that elderly people who consume coffee on a regular and moderate basis are less likely to develop Alzheimer’s and dementia. Keeping those synapses firing with some caffeine isn’t a bad idea! [6] [7]

Regular consumption of coffee helps lower your chances of getting affected by Parkinson’s disease. Research says that caffeine has a protective effect on the nervous system, which eventually helps in preventing the disease. [8] [9]

Coffee energizes people to move around, get active, and burn calories faster. The stimulant nature of caffeine speeds up the body’s metabolism almost by 11% and increases calorie-burning. Furthermore, it acts as an appetite suppressant, so you can calm your cravings and remain firm in your dieting goals with a cup of joe on your side! [10]

People who regularly workout drink coffee half an hour before for a burst of energy so they can get the most of their exercise. The burst of caffeine increases epinephrine levels in the blood, which makes the body ready for any physical exertion. This allows people to push themselves longer and harder to begin seeing immediate results from their exercise regimen. [11]

Research has revealed that regular coffee drinkers can reduce their risk of having a stroke. In women, it seems to lower the risk of heart diseases. It may increase your blood pressure temporarily, but that does not mean a stroke or heart disease is inevitable. It can often work to clear out the system and keep your heart functioning at an optimal level. A study also shows that coffee helps cure arrhythmias, which is abnormal heart rhythms. [12] [13]

Studies have shown that people who regularly consume coffee have a 23-50% lower chance of developing type 2 diabetes. The nutrients in it help lower the blood sugar levels, thereby keeping you healthy. [14]

The significant levels of B-vitamins in coffee mean that it helps us optimize our metabolic efficiency, maintain balanced hormone levels, and keep the body running smoothly. [15]

Coffee consumption has been linked to improved liver health, particularly in the prevention of cirrhosis, hepatitis, and fatty liver disease. One study showed that regular consumption resulted in an 80% reduced chance of developing cirrhosis of the liver. [16] [17]

According to a 2009 study published in the journal Cancer Letters, coffee has been linked to a lower risk of many types of cancers like liver, kidney, premenopausal breast, and colorectal cancers. [18]

The findings of research led by Susanna C. Larsson, Ph.D., The National Institute of Environmental Medicine, Stockholm, Sweden suggest that coffee consumption may help in reducing the risk of liver cancer. [19]

Also, studies published in the American Journal of Clinical Nutrition on the effect of coffee on colorectal cancer suggest that it can help but more promising research is still awaited. [20]

The natural effects of coffee can do wonders for someone suffering from depression. It has even been connected to a reduced occurrence of suicidal tendencies. It lights up the mood and relieves stress, thereby making improving your quality of life. [21]

Coffee is rich in antioxidants and is thus considered a healthy beverage in diets around the world. Studies have also shown it to contain more antioxidants than both fruits and vegetables combined. [22]

Coffee is largely linked to longevity as it has the capability of reducing the risk of many coronary diseases. It protects against cardiovascular diseases, cancer, diabetes, and many serious problems. [23]

Regularly consuming coffee helps protect you against the development of multiple sclerosis. Studies say that it prevents or inhibits neural inflammation, which is a major cause of the occurrence of MS. [24]

The chlorogenic acid (CLA) in coffee helps prevent retinal damage. It acts as an antioxidant and reduces the oxidative stress that affects the functioning of the eye. [25]

How much Coffee is safe to consume?

An 8 ounce of coffee contains 100mg caffeine approximately. Studies suggest that an average adult can consume up to 400 mg of caffeine, which means up to 4 cups of the beverage. Also, do not forget that there are other sources of caffeine like tea, energy drinks, chocolates, etc. So monitor your intake and stay healthy! [26]

There are some side effects of drinking it in excess amounts. They are as follows:

Historically, it was first recorded as a drink just over 500 years ago, beginning on the Arabian peninsula, but there is speculation that its use as a stimulating beverage stretches back more than 1,000 years in various ancient and indigenous cultures. Now, it is consumed in nearly every country of the world, and almost daily, even 5-6 times a day. While offices have larger machines, at home people often have single-serve coffee makers which work best for the small requirements. [28]

Rate this article
Average rating 4.0 out of 5.0 based on 227 user(s).
Read This Next:
Popular Articles