What is Colostrum & Its Benefits

Colostrum plays an important role in the natural development of young mammals, but certain types can also be used for specific human health needs.

Colostrum (foremilk) refers to the nutrient-rich pre-milk that mammals produce in the first few days of milking their young. Human mothers make colostrum as well, but most of the colostrum supplements on the market are sourced from bovines. It is packed with nutrients, proteins, and fats designed to help a newborn’s immune system get strong as fast as possible. It also contains a concentrated amount of immunoglobulins, proteins that protect the body from bacteria and viruses. Regular milk, produced after the first few days, contains much lower amounts of these important proteins and fats, if at all.

It has historically been used to fight bacterial infections for thousands of years as per research by Prof. E.N.T. Akobundu from the Department of Food Science, University of Manitoba, Winnipeg, Canada. In Indian Ayurvedic medicine, it is a prized ingredient both medically and spiritually. That same respect extends to many other cultures, with folk traditions involving the ingestion of foremilk found around the globe. Before the advent of penicillin, it was a common treatment for any and all internal infections. The first oral treatment of the polio vaccine contained immunoglobulins from bovine colostrum. [1] 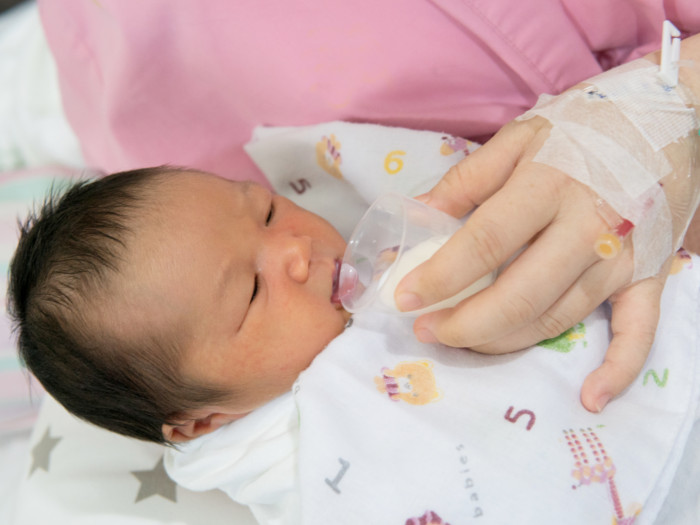 The original superfood, bovine colostrum is almost identical to human colostrum and is easily digested by other mammals. It can be found in either liquid or powdered supplement form and is taken for its many potential benefits.

Colostrum is most commonly touted as a supplement to support a healthy gut microbiome. Your microbiome is the community of bacteria that flourishes in and on your body, and in recent times, it has received a lot of attention for possible links between the health of the microbiome and your overall health and wellness. Many people believe the antibacterial and immune-supportive properties of colostrum help heal and balance the gut microbiome, thereby preventing a variety of related conditions. This supplement supposedly helps restore proper permeability in those suffering from leaky gut, and thereby reduces the number of toxins and bacteria moving into the bloodstream. Unfortunately, the medical community is skeptical, as not many studies back up this particular health claim. However, it is effective in mitigating the gastrointestinal damage caused by prescribed NSAIDS, or pain relief pharmaceuticals as per research conducted in the University Division of Gastroenterology, Leicester General Hospital, Leicester, UK.

Colostrum has been found to help prevent the contraction of the flu virus in several independent studies. It also appears to be effective in fighting off other upper respiratory infections, and several organisms that cause infectious diarrhea. There is also evidence that antibodies present in it prevent the growth of cancerous cells. [2]

It has recently become a popular nutritional supplement for athletes while they are training. Proponents of colostrum claim the immune-boosting properties are particularly useful when athletes are under a lot of physical and emotional stress, in addition to its ability to prevent gastrointestinal issues. Athletes that take this supplement also report suffering from respiratory infections less frequently. According to a report by Dr. J.D. Buckley in the Journal of Science Medicine in Sport, the use of colostrum by athletes helps to improve recovery time following a strenuous workout. [3]

Both topically and internally, this substance contains powerful antibacterial qualities. Lactoferrin is a glycoprotein in colostrum that has demonstrated anti-fungal properties. Lysozyme, an enzyme, is both anti-fungal and antibacterial in nature, helping to break down the cellular walls of bacteria. Another antibacterial enzyme, lactoperoxidase, inhibits bacterial metabolism, degrades some carcinogens, and has been shown to deactivate certain viruses like polio and HIV-137. [4] [5]

The proline-rich polypeptides (PRPs) in colostrum may help to slow down the signs of aging in several different ways. PRPs have been shown to help prevent the growth of amyloid plaque in the brain, a hallmark of Alzheimer’s disease. Other studies suggest that PRPs may also slow brain cell death, support healthy cell growth, limit cell mutation, and reduce the effects of oxidative stress on cells. PRPs may even slow down the natural aging process on a cellular level. [6] [7]

Bovine colostrum is not recommended for anyone who has dairy allergies, or women who are pregnant or breastfeeding. In rare cases, side effects in HIV patients have occurred, including nausea, vomiting, decreased red blood cell count, and abnormal liver function. While there is no evidence that bovine spongiform encephalitis, or “mad cow disease,’ is transmitted through the consumption of this substance, avoiding dairy products from countries affected by this disease is recommended.

Rate this article
Average rating 2.5 out of 5.0 based on 1 user(s).
Read This Next:
Popular Articles