In the ongoing debate of couscous vs quinoa, it can be difficult to know which to choose, but there are certain differences between these two grains.

Choosing between couscous vs quinoa depends on what health benefits you want, and what recipes you are trying to prepare. 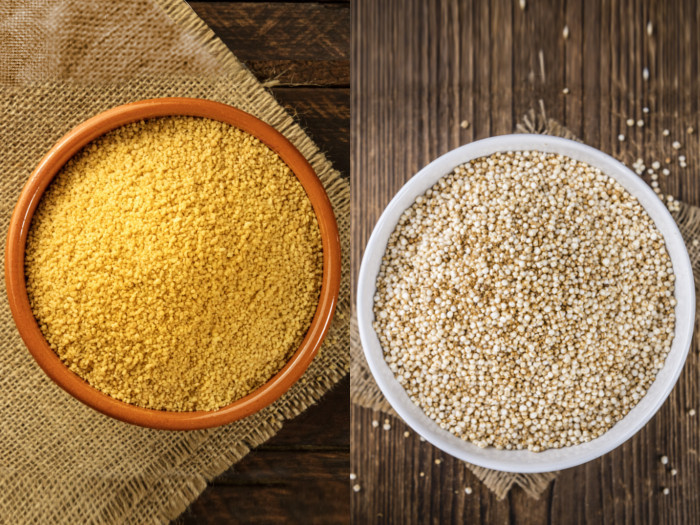 Both couscous and quinoa can be used as a base for salads or as a side dish. Photo Credit: Shutterstock

Quinoa and couscous can be used interchangeably in dishes as both are small-grained and have a light nutty flavor. However, cooking times and directions vary according to recipes. But quinoa seems to be the more nutritious choice because:

Rate this article
Average rating 4.3 out of 5.0 based on 20 user(s).
Read This Next:
Popular Articles