There are many benefits of deep breathing, both physically and psychologically, and it takes barely any effort at all!

What is Deep Breathing?

Deep breathing refers to the practice of breathing from the diaphragm, rather than the usual shallow chest breathing that most people unconsciously perform. Deep breathing is also sometimes known as paced respiration, belly breathing, or abdominal breathing. Breathing deeply from the chest helps the lower part of the lungs receive more oxygen, which promotes blood flow through the whole body. It is often referred to in practices of mindfulness, and a number of spiritual and secular traditions throughout the centuries have touted deep breathing exercises as a way to benefit the body both physically and mentally. [1]

The top benefits of deep breathing include the increase in energy levels, lower stress levels, and relief from anxiety and depression.

In today’s world, the body responds to hundreds of stressors every day. When the body is on high alert all the time, it can cause certain biological symptoms, such as rapid heartbeat, tightened muscles, and short, rapid breaths. That kind of stress can also take a lot of energy to maintain. Taking slow, deep breaths stimulates the nerves and provides the body with more oxygen, calming some of the stress and giving the body more fuel to work with. [2] 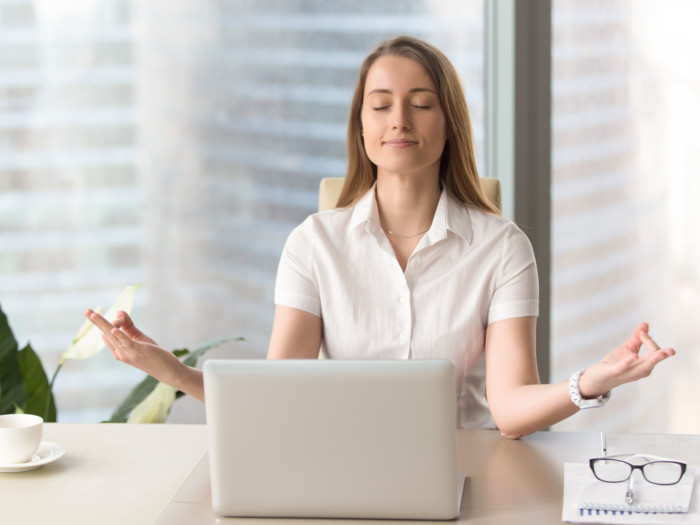 Relieving stress with deep breathing practice can help prevent or alleviate high blood pressure, insomnia, hypertension, and cardiovascular disease. It can also help promote a healthy immune system. It has even been shown to help smokers who are quitting. [3]

Breathing deeply helps increase the level of oxygen in your bloodstream, causing your blood vessels to dilate. Not only does this help regulate blood pressure and hypertension, but healthy circulation also reduces your risk of an aneurysm or stroke.

Deep breathing allows for physical tension in the body to be released. Breathing deeply also releases endorphins in the brain, which can fight inflammation and have mild pain-fighting capabilities.

Deep breathing exercises have been shown to not only reduce stress hormone levels in the body but also release dopamine into the brain, which can give you feelings of calmness and wellbeing. [4]

Misuse of deep breathing techniques may cause the following:

Rate this article
Average rating 4.5 out of 5.0 based on 5 user(s).
Read This Next:
Popular Articles