Dercum’s disease, which in medical terms is known as Adiposis dolorosa, is a painful and rare condition in which lipomas form in the upper arm, legs, and torso of a person. Lipomas are benign fat deposits that do not pose a terminal life threat, but the associated pain can be severe and debilitating. Because it is a rare disease, there are limited forms of treatment, and the exact cause of the disease is also currently unknown. Some reports suggest it to be an autoimmune disease where one’s immune system mistakenly attacks healthy tissues.

The disease affects women far more commonly than men; it is 5 to 30 times more common in women than men, typically between the ages of 35 and 50. Due to this, it was previously associated with menopause, but in fact, it develops before menopause in a large number of cases. There are no set medical tests to diagnose Dercum’s disease, although ultrasounds and MRI’s are useful in identifying the adipose tissue tumors in the body.

The exact cause of Dercum’s disease remains unknown, but below we have mentioned some of the common causes: [1] 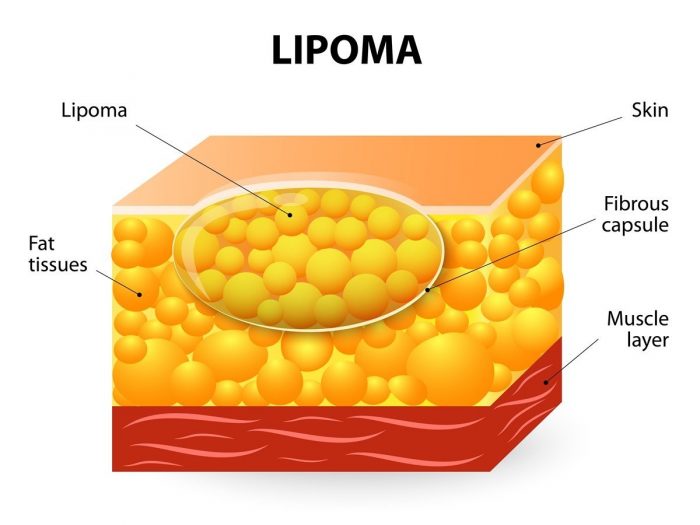 The common symptoms of Dercum’s disease include the following: [2]

Rate this article
Average rating 5.0 out of 5.0 based on 1 user(s).
Popular Articles