Experiencing an ectopic pregnancy can be very difficult for an expecting mother who just recently heard their good news. It means that your pregnancy will not progress, and in some cases, emergency surgery will be required. If you are at high risk for an ectopic pregnancy, it is important to understand the potential symptoms, the possible treatments, and your options as you move forward.

What is Ectopic Pregnancy?

Ectopic pregnancy is a situation in which the fertilized egg implants somewhere besides the uterus, most commonly in the fallopian tubes. The narrow confines of the fallopian tube will not allow the fetus to develop normally, but it can be very dangerous for the mother. As the embryo begins to grow, it will cause inflammation or blockage of the fallopian tube, which will need to be treated with medication, surgery, or even the complete removal of the tube. [1]

The danger in this condition is a rupture of the fallopian tube, which could lead to internal bleeding and other unwanted complications. Typically, if an ectopic pregnancy is discovered in the first few weeks, it can be treated relatively easily, without the need for emergency surgery. However, if it is discovered later in early pregnancy, perhaps in the second month, the danger of rupture is very high. 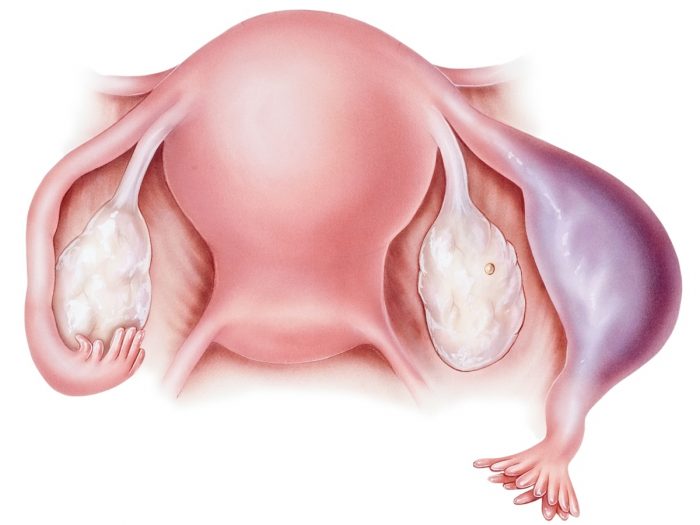 Ectopic pregnancy is one in which the fertilized egg implants outside the uterus. Photo Credit: Shutterstock

The main causes of ectopic pregnancy relate to problems with the fallopian tubes. In some cases, there may be some damage to the tubes from a previous surgery in the pelvic area, inflammation from an infection in the tube, scar tissue in the fallopian tube, or an abnormally shaped tube that prevents the egg from moving smoothly into the uterus. [3]

These are the physical causes, although there are a number of underlying risk factors that can increase your chances of developing this condition.

If you are experiencing an ectopic pregnancy, some of the common symptoms will include the following:

Smoking – Use of tobacco can have a negative impact on blood pressure and general toxicity in the body, which can increase the risk of ectopic pregnancy. [4]

Fertility Treatments – If you are undergoing fertility treatments, it has been linked to a higher risk of ectopic pregnancy, due to the hormone fluctuations in the body. [5]

History – If you have had an ectopic pregnancy in the past, you stand a higher chance of having a second one later in life.

Pelvic Inflammatory Disease – This condition can lead to scar tissue building up on organs in the pelvic area, including the fallopian tubes, which can lead to this type of pregnancy. [6]

Abortion – If you have had an abortion in the past, you are at a greater risk for an ectopic pregnancy.

A doctor can diagnose this type of pregnancy with various tests, including a physical exam, an ultrasound or a blood test.

Physical Exam – A basic physical exam can reveal any abnormal masses in the pelvic region, as well as areas of pain or tenderness in the affected area. This is usually accompanied by an ultrasound. [7]

Ultrasound – This imaging technique can provide visual confirmation that the fertilized egg has indeed implanted outside the uterus.

Blood Test – Women experiencing an ectopic pregnancy tend to have lower than average hCG levels – the compound released when the embryo binds to the uterus, and this can be measured with a blood test. [8]

The primary treatments for this type of pregnancy include surgery or medication, both of which can successfully end the pregnancy and keep the mother safe.

There are limited recourses for women with an ectopic pregnancy, and surgery is required for those women who are diagnosed with this type of pregnancy after the first few weeks of the pregnancy. At this point, the threat of rupture is immediate and real, so surgery is performed soon after the diagnosis. It is possible to have a non-invasive laparoscopic procedure. [9]

Another option is to take medication that can help to flush out the embryo from your fallopian tubes. This remedy may cause a number of side effects that could last for weeks. [10]

Rate this article
Average rating 3.0 out of 5.0 based on 6 user(s).
Read This Next:
Popular Articles