Eating fish is a common practice in many countries in the world, not only because of convenience but also because of the many health benefits that these marine creatures can provide.

As most of you know, fish are aquatic creatures possessing gills and fins in place of limbs. Unlike other large classifications of animals, they are a paraphyletic group of taxa, composed of lampreys, hagfish, bony fish, and cartilaginous. These creatures first began to develop during the Cambrian period, which occurred roughly 500 million years ago. Most estimates place the total number of species close to 32,000 different varieties, some of which are hunted and cultivated in different parts of the world. [1]

Eating fish is very healthy, as some species provide a storehouse of nutrients and essential fatty acids that the body needs. Despite such a wide variety available in the oceans, lakes, and rivers of the world, only a small percentage of its species are consumed regularly by humans. [2] 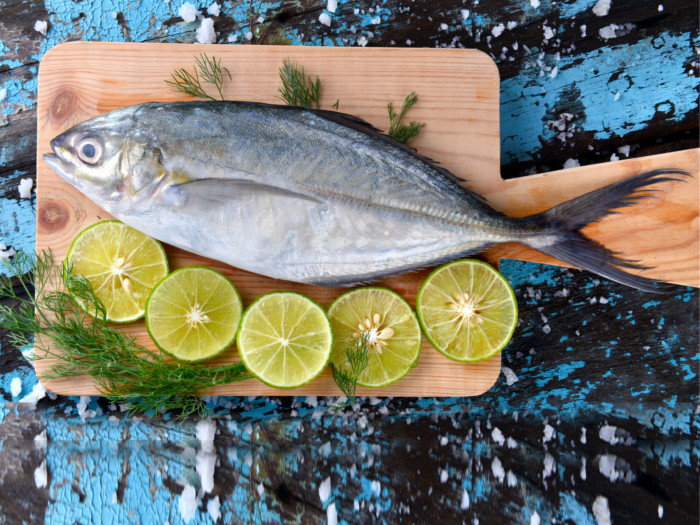 When it comes to nutrition, there are a few foods that are as nutrient-dense as fish. These delicious marine creatures can provide high levels of vitamin D, vitamin B12, selenium, and protein. This is in addition to high levels of omega-3 and omega-6 fatty acids, both of which are essential for human health. The nutrient density will vary widely between species. Some species are known for being very healthy for consumption, while others are known to be quite dangerous, due to the presence of heavy metals. [3]

There are many impressive health benefits associated with eating fish on a regular basis, including its ability to reduce depression, lower your risk of autoimmune diseases, and even alleviate PMS symptoms, among many others. [4]

Once you catch or purchase fish, it is important to know how to store it in a safe and healthy way.

In general, eating fish is considered a healthy practice. But there are some side effects when too much of it is eaten.

Rate this article
Average rating 3.9 out of 5.0 based on 6 user(s).
Read This Next:
Popular Articles