Frozen Yogurt vs Ice Cream: Which is Healthier

There has long been a debate of frozen yogurt vs ice cream, and there are some very important differences to note.

Frozen yogurt and ice cream are both dairy products that have a few differences, mainly on the basis of milk fat and taste. Let’s discuss in detail the differences between these two summertime treats as enjoyed by many of the same people. 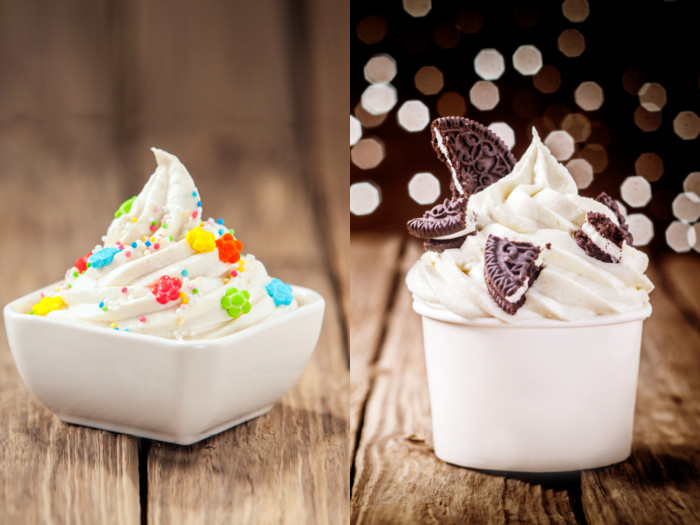 Frozen yogurt is slightly different than ice cream, as it’s made from cultured milk instead of cream. Photo Credit: Shutterstock

There are minerals in both of these substances that can help with a variety of health issues, such as bone mineral density, nervous system health, and metabolic activity.

While both of these desserts can have a place in your diet, there is very little debate that frozen yogurt is the healthier option. In fact, it was created to be just that and has remained popular for decades as a result. That being said, frozen yogurt shouldn’t be seen as a total health food, as it still has high levels of sugar, and should be eaten only in moderation. [4]

Rate this article
Average rating 4.2 out of 5.0 based on 6 user(s).
Read This Next:
Popular Articles