Many people seek out banana substitutes that offer a similar consistency and flavor, and also those fruits that provide a similar nutritional quality.

When it comes to banana substitutes, some of the best include plantain, jackfruit, monstera, and pawpaw fruit.

Perhaps the most obvious replacement for banana would be plantain, which has a very similar background as bananas. They both come from the same genus (Musa) and have a very similar appearance, although their flavors are distinctly different. Plantains are higher in their starch content, and therefore don’t have as much sweetness as bananas, but once these substitutes begin to ripen, their consistency is very similar to bananas, particularly for things like shakes and smoothies. 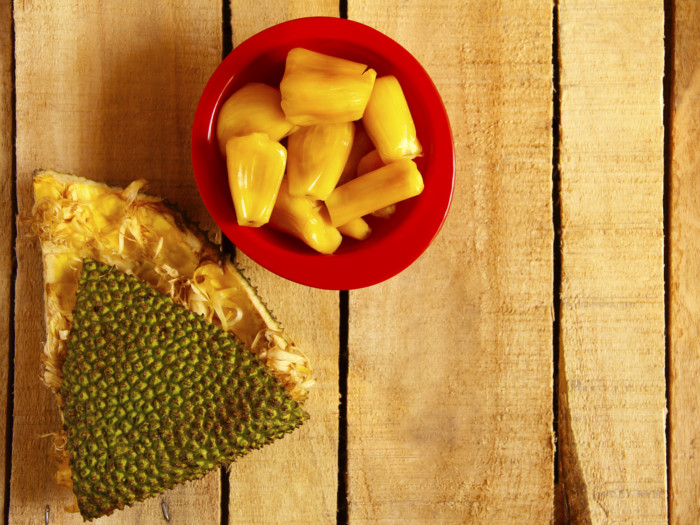 Although this large fruit doesn’t look anything like a banana, it is similarly high in starch content and also has a sweet flavor that can mimic bananas in some contexts. Scientifically known as Artocarpus heteropyllus, this fruit originated in Asia and is also found widely in South America. The bready nature of this fruit makes it behave similar to bananas, particularly when cooked, as it takes on a soft, pudding-like quality.

Similar to jackfruit is the Monstera, commonly known as the Mexican breadfruit. This fruit bears the scientific name Monstera deliciosa, and has a creamy white pulp that maintains a similar consistency to bananas when included in smoothies or other sweet recipes. The flavor of this unique fruit is somewhere between a pineapple and a banana, making it an ideal flavor mimic as well. However, you cannot eat this fruit before it ripens, so be sure to learn how to identify a ripe monstera.

Found throughout North America, the pawpaw fruit has another unique flavor combination lying somewhere between bananas and pineapples, and it has a very smooth and soft consistency. You can cook this fruit or eat it raw, although it loses much of the flavor when cooked, unlike bananas, which seem to have their flavor enhanced when cooked. You will have to remove the seeds from inside, which is not the case with bananas.