Although glutathione is a very simple molecule in the body, it can have immense effects, so maintaining your level of this compound is very important.

Glutathione is a combination of three amino acids found in the body – cysteine, glycine, and glutamine – to form a very powerful antioxidant that can be generated by the body. In many ways, glutathione is the main antioxidant in the body, because it can be re-used by the liver, and doesn’t need to be fully consumed from external sources. While it is critical to consume other antioxidant-rich foods to maintain your health, glutathione levels are particularly important. You can boost these levels through certain food sources, or you can take supplements of this compound. [1]

If you want to increase your glutathione levels, some of the food sources include cruciferous vegetables, onions, garlic and other foods that are rich in sulfur. The sulfuric compounds present in glutathione are largely responsible for the effects that it has on the body. Sulfuric compounds are able to detoxify the body and cleanse various systems, including the liver and circulatory system. Therefore, adding more sulfur-rich foods means an increase in the natural production of glutathione by your body and better antioxidant protection against the dangerous effects of free radicals. 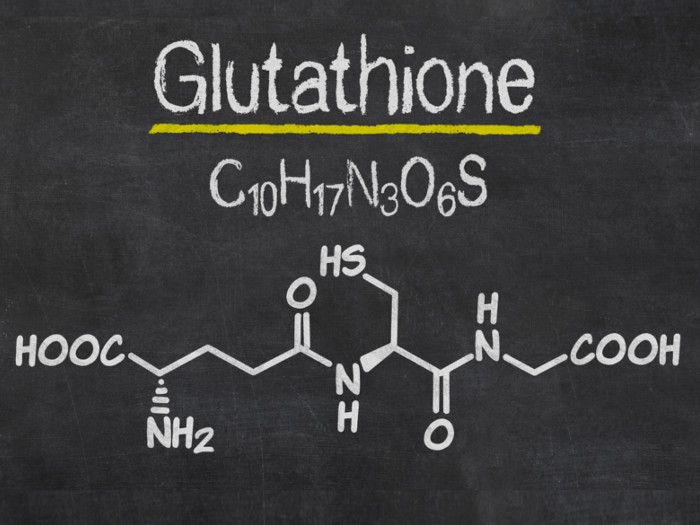 Glutathione can be taken as supplement. Photo Credit: Shutterstock

There are quite a few benefits to glutathione, including the following:

Unlike many of the other antioxidants that you can access from your diet, glutathione is something that your body can create all by itself. Being present in every cell, this compound can help to defend the front lines against free radicals and neutralizing them before they can cause oxidative stress. As the body’s most important antioxidant, keeping your levels up is the foundation of your overall health. [3]

As mentioned, sulfuric compounds are able to cleanse the body of many unwanted toxins, so having enough glutathione in your body can help to reduce the strain and exertion on the liver and kidneys. This can improve your entire metabolism, and lower your risk for liver disease and renal failure. [4]

When there are enough antioxidants in your body, your immune system has an additional level of protection and also has a chance to relax, rather than responding to every potential danger in the body. This can prevent exhaustion and rejuvenate your white blood cell levels. [5]

When glutathione is produced in the body, it can be instrumental in preventing the onset of cancer or slowing its spread. A study by the Beckman Research Institute of the City of Hope, USA shows that it can help in protecting your cells from bone marrow, breast, colon, larynx, and lung cancer. However, be careful as there are two sides to this antioxidant as too much of it is known to increase your risk of cancer. [6] [7] [8]

When your glutathione levels are up, your body is better able to defend against inflammatory conditions; an injection of this compound near the site of such a flare-up can also deliver rapid results. Antioxidants are able to prevent chronic inflammation, which is often the cause of such long-term conditions, like psoriasis or eczema. [9]

It has been found in numerous studies that a deficiency in glutathione is often seen in those suffering from cystic fibrosis. While there is no cure for cystic fibrosis, research has discovered that inhaled glutathione, and other forms of this compound, can help to minimize or mitigate the symptoms of this disease. [10]

Alzheimer’s and Parkinson’s disease are two of the worst neurodegenerative diseases in the world, and while there is no cure, there are some preventative measures to improve quality of life. According to a report published in the Acta Neurologica Scandinavica Journal, high glutathione levels, however, being a powerful antioxidant, can help to keep the neural pathways clear and healthy, lowering your risk of developing these types of conditions. [11]

When you suffer from diabetes, a number of things change in your body, including your synthesis of glutathione. Therefore, if you want your body to maintain its immune integrity and antioxidant capabilities, supplementation with this compound is required. [12]

The use of this supplement, or changing your diet to include more of it, is a great idea for those who want to protect their overall health, but there can be some side effects, including the worsening of asthma, complications with pregnancy, stomach problems, and allergic reactions. In terms of dosage, most experts don’t recommend consuming more than 500 milligrams per day. [13]

Rate this article
Average rating 3.9 out of 5.0 based on 10 user(s).
Read This Next:
Popular Articles