Grenache may not be a familiar word to those who aren’t avid wine drinkers, but anyone who enjoys a good glass of red has probably tasted these grapes before!

Grenache, also known as Garnacha, is a Spanish wine grape varietal that is one of the most widely grown red wine grapes in the world. Originating in the Aragon region, it has become a key varietal in many well-known French and Spanish wine blends, although it is also popular as a single grape. It grows well in hot, dry climates, and thrives in environments like Australia and California. [1]

Grenache’s popularity in blends is due to its full body, typically high ABV, and mild acidity. It is known for bright, red fruit flavors and a white pepper kick, that can act as a solid, but unobtrusive base for other red grapes, commonly syrahs and Tempranillos. It is used extensively in the southern Rhone region of France, where Grenache makes up 80% of the famous Châteauneuf-du-Pape wine. 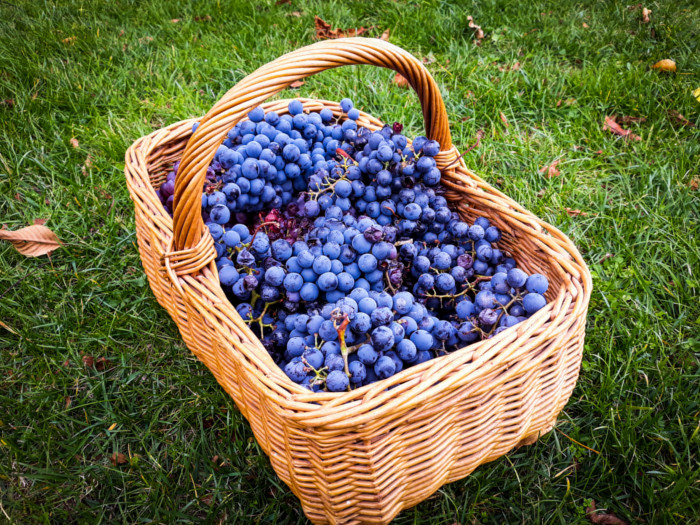 Grenache is one of the world’s most widely planted grapes. Photo Credit: Shutterstock

Grenache is a very versatile grape and can pair well with a wide variety of foods.

Adverse Risks Associated with Alcohol Consumption: Moderation is key. The risks involved with drinking excessive alcohol can be short term such as violence and injuries to long-term health risks such as chronic diseases. According to the Centers for Disease Control and Prevention, people who should not drink alcohol include women who are pregnant, individuals younger than 21 years of age, and people who are recovering from alcoholism or cannot control the amount they drink. Also, it should be avoided by people who are planning to drive or any other activity that required focus and skill. However, different countries have different rules on alcohol purchase and consumption. [2] [3]