When you look at a menu, walk down a grocery store aisle, or even open your refrigerator, you might see many types of alcoholic and non-alcoholic drinks and beverages. Sometimes, the variety may be staggering. It is important to understand the different varieties and types of these beverages, and the effects they may have on your health!

At the most basic level, a drink is a type of liquid that humans can consume for sustenance, energy or hydration. For hundreds of thousands of years, the idea of a beverage was likely restricted to water or milk, and perhaps juice squeezed from fruits. Then there was alcohol and wine, various teas, coffees, cocktails, cocoas, ciders and sodas. The vast variety of beverages that we now have available to us means that we can satisfy our thirst or cravings in countless different ways.

Depending on the lifestyle or health profile you want to lead, you may lean more towards certain beverages than others, but before you make any decisions about the types of beverages you consume, you should know a few things about each of them, as well as the health benefits (or harms) that they can represent for your body. 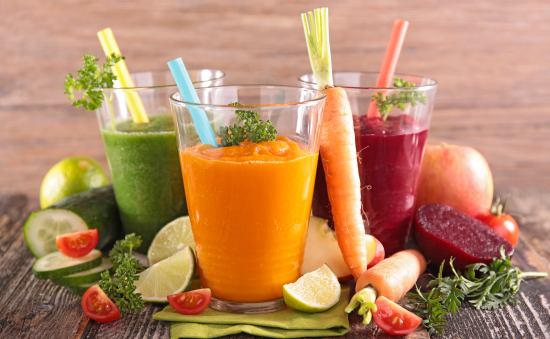 There are definitely more varieties of beverages that are non-alcoholic, at least in terms of their nutritional variation. From freshly squeezed orange juice to chemical-packed energy drinks, the spectrum of non-alcoholic beverages is broad. Given the intoxicating nature

Juice: Juice can come in as many varieties as their are types of fruits and vegetables. From orange juice to beet juice, freshly squeezed to concentrate, juice plays a huge part in our daily life. Fruit and vegetable juices are not only refreshing and filling, but also very good for you, due to their vitamin and mineral content. In fact, some fruit juices have such concentrated nutrients that you can fulfill some of your vitamin and mineral needs with a single cup!

That being said, many fruit juices are altered with additional sugars and other additives, either fillers or flavorings. Depending on the source of the juice and the purity, the nutritional content may vary. Most juices are rich in vitamins and antioxidants, including vitamins A, C and D, as well as magnesium, calcium, potassium and phosphorous. While most of these nutrients are gained when drinking juice, the actual juicing process causes most of the dietary fiber to be kept out of the juice itself, which makes it slightly less beneficial than simply eating the fruit alone. [2]

Tea: When you pour boiling water over certain types of leaves, herbs or other substances, you can create a tea, which is primarily composed of water, but it is infused with the various nutrients, vitamins, minerals and antioxidants of the tea “leaf”. Tea comes in many different forms, including black, green, white, oolong, and puer. You can also make teas from various herbs and spices, like cinnamon, honey, pine needle, chamomile, echinacea and many others. Each tea variety promises certain health benefits by delivering specific antioxidants or other organic compounds to the drinker, as well as varying amounts of caffeine, depending on what the desired effect is. [3]

The most common benefits of tea are reduced inflammation, lower anxiety and stress levels, better sleep, respiratory improvement, an immune system boost and increased antioxidant activity to defend against chronic disease, like cancer.

Coffee: Similar to tea in its preparation, coffee is made by pouring boiling water over coffee grounds, which come from coffee beans. This is a rather straightforward beverage, and is found throughout the world. Its primary use is as a stimulant, and billions of cups of coffee are drunk every year around the world due to the high levels of caffeine found in this daily drink. Roasted coffee beans can come in many different varieties, flavors and intensities, which is why there are thousands of different coffee blends out there in the world. Most coffee has a moderate amount of B vitamins (pantothenic acid and riboflavin) and trace amounts of potassium and manganese. Caffeine can be addictive, so it is important to regulate your coffee intakes, as too much can negatively affect your nervous system and stomach. [4]

Cocoa: One of the simplest beverages is cocoa, quite simply composed of hot water or milk mixed with cocoa powder, shaved chocolate or melted chocolate. Sugar is also added to some kinds of cocoa as a sweetener. Generally, cocoa is considered a sweet treat, and not a healthy beverage, but there are an impressive amount of surprising benefits. The cacao plant, from which cocoa is derived, possesses a number of antioxidants and organic acids, doing everything from improving blood flow and reducing cholesterol content to preventing chronic disease and boosting cognition. [5]

Water: The most basic beverage on the planet is also the most important. Without water, each and every human being on the planet would die. It is incredibly important to maintain an intake of water so our bodies can function properly. Since we are composed of more than 70% water, it makes sense that staying hydrated is so important! Water can come in various forms – sparkling, tap, still, bottled etc. – but it is the lubricant for all of life’s processes, and if you don’t have enough of it, your body will let you know! [6]

Energy Drinks: The recent craze over energy drinks is understandable in our fast-paced world, but many of these supercharged beverages can be hazardous to our health, if drunk in excess. They tend to have slightly less caffeine than an average cup of coffee, despite how they’re marketed, but that isn’t the main problem. While they may give you a healthy energy boost, some of that is coming in the form of sugar, because there is a LOT in most energy drinks. So, while caffeine picks you up, the sugar crash that can occur after drinking an energy drink can also be quite severe. [7]

Milk: One of the most natural substances in the world, milk is produced from the mammary glands of certain animals. Commonly consumed forms of milk include cow, goat, sheep, buffalo, camel, donkey, horse, reindeer and yak milk, although some of these are less commonly found than others. Animal milk is typically suggested to be drunk by animals of the same species (e.g., goat’s milk is best for goats, etc.), but there are significant health benefits to be had when humans drink these different animal milks. Many of them are high in minerals and unique compounds that can help build strong bones and improve immunity. Each type of animal milk, however, should be considered individually based on their individual nutrient profiles. [8]

Soda: Carbonated beverages are beloved by children, but many parents are wary of allowing their children to drink too much “soda” or “pop”. Coca-Cola, Sprite, Pepsi, Dr. Pepper, Root beer and so many other sodas are out there on the market, and most of them are packed with sugar and sugar substitutes. There are no real health benefits to soda, except for the caffeine boost that it can occasionally provide. Sodas tend to have no vitamins or minerals, and carbohydrates exclusively in the form of sugar. [9]

Beer: Beer is likely one of the oldest beverages on the planet, and is certainly the first form of alcohol. Made by the fermentation of starches – cereal grains, rice, corn, maize, etc. – beer was probably made by accident at some point in ancient history, and has now become a global phenomenon, and most people’s favorite way to relax after a hard day of work. Beer isn’t generally considered a healthy beverage, due to the effect of alcohol on the body, and the relatively high calorie count of most beers. However, there is a small amount of B vitamins, potassium and magnesium in most varieties of beer. Depending on how each beer is brewed, there are an infinite number of unique nutrient profiles, but most are primarily made of carbohydrates and small amounts of protein. [10]

Wine: Another ancient beverage, wine is made by fermenting grapes, just as beer is made by fermenting starches. This fermentation process is what gives these beverages their alcohol content. Wine comes in two primary varieties, red and white, but depending on where the grapes are grown in the world, the soil content and the cultivation process, the flavors and unique nutrient profile will be different. Most wines possess high levels of tannins, antioxidants and phytochemicals that are derived from the skin of the fermented grapes. This can make wine, in moderation, very helpful for lowering your risk of chronic disease, cancer, chronic stress hormones and other unsavory medical conditions. [11]

Cider: Fermented grains and grapes make up beer and wine, but fermented apples are the source material behind cider, another very popular alcoholic drink. Commonly known as hard cider, there are some health benefits, namely the low levels of vitamins and certain minerals that remain from the apple. High concentrations of antioxidants from the apple also make hard cider somewhat healthy for those who drink it, as always, in moderation. [12]

Hard Alcohol: Spirits, liquor or hard alcohol… whatever you want to call it, these are the most potent forms of alcoholic beverages, often exceeding 40% alcohol by volume. Whiskey, vodka, gin, tequila, rum, soju, brandy and countless others are all forms of alcohol, but they are concentrated in strength because they are distilled versions of fermented products. This makes them much more powerful and intoxicating for consumers. The distillation process tends to eliminate any of the possible nutrients from these types of alcohol, but studies do show that occasional drinking in moderation can be good for your immune system and heart health. [13]