Eleuthero has been a hot name in the alternative medicine world for some time, but it is actually the common name of Eleutherococcus senticosus, a species of small shrubs that are primarily found in China, Korea, Russia, and Japan. It has recently become highly desired for its health benefits, and as an herbal supplement, it is one of the most widely researched and studied. It has been in use in traditional Chinese medicine for thousands of years but has only been known in the USA in the past century. One of the other commonly used names for eleuthero is Siberian ginseng, because the health benefits of the herb are closely related to Panax ginseng. [1]

Eleuthero can be acquired from the leaves and the woody roots of the Eleutherococcus plant and is most commonly consumed in pill or supplement form, although, in traditional medicine, the leaves and roots are used in their natural form, boiled in water or pressed to extract the volatile oils. Eleuthero tea remains a popular means of consuming the herb, particularly in Asia. The main components of eleuthero include a variety of active organic compounds unique to this species, which provide the unique health effects that have made this herb so highly desired around the world. [2] 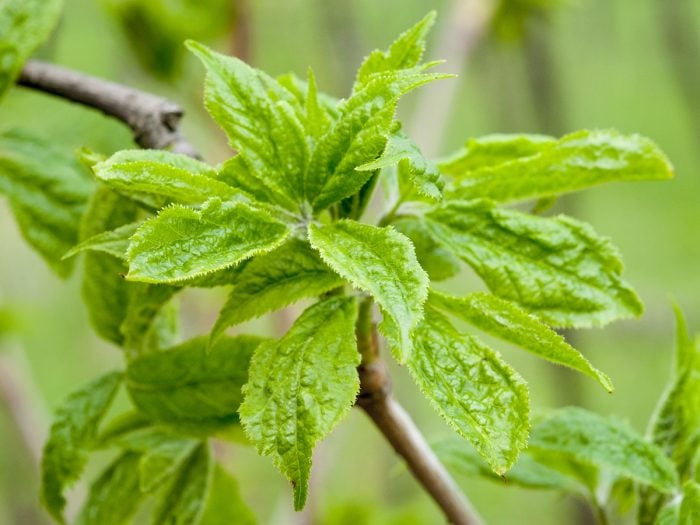 Eleuthero, an Asian herb, has been used for thousands of years as a healing remedy. Photo Credit: Shutterstock

Let’s take a more in-depth look at the health benefits of eleuthero.

Studies into the health effects of eleuthero revealed that it can significantly boost the immune system when taken in combination with various other immune-improving herbs. It can reduce the severity and duration of colds when taken early on in the illness. This can be achieved through a supplemental form or by regularly drinking eleuthero tea. [3]

One of the major claims to fame for eleuthero is its ability to boost energy levels. This is accomplished by its impact on the nervous system, boosted metabolism, increased circulation, and reduction in cloudiness and fatigue. For people who regularly need naps during the day, feel the mid-day exhaustion following a large meal or find themselves tired without a good explanation, regular supplementation with eleuthero can get you back to normal. [4]

For those looking to boost their mental capacity and get a temporary boost of intelligence, eleuthero is a strong contender. It has been proven to increase blood flow to the brain and small capillaries, thereby helping cognition, improving memory, and keeping your wits a bit sharper than normal. While cognitive effects can vary, there is a significant improvement in the academic performance of test-takers in research settings, making this useful for students of any age. [5]

Eleuthero is considered an adaptogen, one of those rare herbs that can actually help your body adapt and change to better handle various stimuli or conditions. For example, eleuthero has been shown to improve user response to stress, namely in the way that their body responds when anxious or upset. It’s powerful components actually teach the body to handle bio-chemical situations in the best way possible. [6]

Eleuthero helps eliminate many of the free radicals that build up in the brain and cause plaque to form. This can help keep neural pathways clear and improve memory retention.

If you suffer from any form of inflammatory diseases such as osteoarthritis or gout, the effects of eleuthero can be particularly important. In a recent study, it significantly improved flexibility and functionality of joints, while also reducing complaints of overall pain in the affected areas. While research is still ongoing in this particular application, the studies are very promising. [7]

There are a number of ways that eleuthero can improve the overall health and function of your cardiovascular system, including lowering blood pressure, increasing circulation, and reducing overall cholesterol. Although it increases blood flow to certain parts of the body, it also dilates the blood vessels so more blood can flow with less strain on the arteries and vessels. Eleuthero also helps reduce and balance cholesterol levels in the body, thereby lowering the chances of suffering from atherosclerosis, as well as the peripheral conditions, like heart attacks and strokes, that so commonly follow. [8]

Traditional East Asian medicines consider eleuthero to be an effective therapy course for diabetes, amongst other things. A study published in the journal Evidence-based Complementary and Alternative Medicine found components of eleuthero, such as Eleutheroside E, to be effective for regulating insulin signaling and glucose utilization. The animal study also observed it to protect pancreas against damage from diabetes. [9] [10]

If you regularly suffer from colds, coughs, bronchitis or other respiratory afflictions, eleuthero tea may be a wise solution. It has certain anti-inflammatory properties that help eliminate the symptoms of those conditions, while also helping eliminate the underlying illnesses that cause them. It also acts as an expectorant, helping clear out phlegm and mucus where pathogens and bacteria can settle and thrive. [11]

Word of Caution: There is some controversy about the various applications of eleuthero, and it is important to understand the risks. If you suffer from certain mental conditions (mania or insomnia) or hormone-related disorders, it can be dangerous to take eleuthero. Also, in the case of heart conditions, diabetes, or cancer, its use can be beneficial, but only under the strict guidance of your medical provider. This is a very powerful herb and can have complex interactions with other drugs, so caution and consultation are highly recommended.

Rate this article
Average rating 4.0 out of 5.0 based on 204 user(s).
Read This Next:
Popular Articles