The numerous benefits of babassu oil include its ability to increase energy, lower cholesterol levels, prevent inflammation, moisturize the skin, repair hair damage, eliminate body odor, improve the health of the nails and cuticles, slow down the aging process and speed up healing in the body. There are very few side effects of babassu oil, but skin irritation can occur, as well as potential bleeding issues and complications with pregnancy. Generally speaking, this oil is mild and widely considered harmless, provided it is used responsibly and in moderation.

What is Babassu Oil?

Babassu oil is derived from a South American palm plant of the same name, and this nutrient-dense oil can be extracted through a cold-pressing method from the seeds. Scientifically known as Attalea speciosa, the oil from this palm tree is highly sought after due to its unique chemical composition, including roughly 70% fats.

Babassu oil is commonly used as a cooking oil and is quite similar to coconut oil in terms of chemical composition. In fact, certain aspects of babassu oil even make it superior to coconut oil, such as its lighter weight, faster absorption, and less pronounced flavor, together making it even more versatile. This vegetable oil is usually a pale yellow in color and is readily available in natural health stores and herbalists in many countries, particularly in South America. The many benefits of this oil are mainly attributed to its fat content, including lauric, stearic, myristic, oleic and palmitic acids, as well as vitamin E and various other antioxidants. [1] 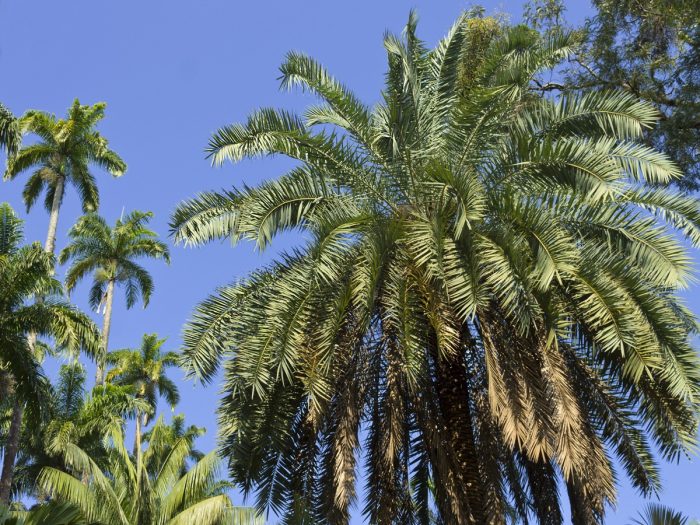 Babassu oil is a clear light yellow vegetable oil extracted from the seeds of the babassu palm. Photo Credit: Shutterstock

Lauric acid is the primary ingredient in babassu oil, making up roughly 50% of the fats in this oil. Lauric acid is also well known as an anti-inflammatory agent and is capable of soothing irritation, burns, bug bites, scrapes, swelling, and allergic reactions when topically applied to areas of the skin that may be inflamed. [3]

The balance of healthy fats found in this oil makes it potentially powerful for the cardiovascular system, provided the oil isn’t used as a frying oil, which would neutralize many of the beneficial compounds it contains. Myristic, lauric and oleic acids can all lower blood pressure and reduce overall cholesterol levels, which is excellent news for people at high risk of cardiovascular disease. [4]

The antioxidant effects of myristic acid and lauric acid make them potent brain-boosters, giving babassu oil another similarity with coconut oil. If you regularly consume babassu oil, the antioxidants can seek out free radicals in neural pathways and prevent plaque deposition, keeping your memory sharp and your power of concentration strong. [5]

Shorter-chain fatty acids, like those found in babassu oil, are able to be converted directly into energy, rather than being deposited as fat for later use. This process releases ketones, which are basically energy for the brain but the process also rapidly creates usable energy for the body.

If you apply a small amount of babassu oil to the scalp or mix it in with a shampoo or conditioner, the emollient qualities will help lock in moisture, preventing hair loss and dandruff. This can also help stimulate the growth of new hair and stimulate blood flow to the scalp. [6]

If you suffer from psoriasis, eczema, rosacea or even acne, using moderate amounts of babassu oil is an excellent idea. Unlike coconut oil, babassu oil absorbs into the skin much more rapidly, and leaves behind less of an oily residue, helping to treat these skin conditions faster, without making them any worse! [7]

Some of the active ingredients in babassu oil can have an effect on your hormone levels, namely balancing them and preventing mood swings or unwanted side effects in the body. You must be careful about the amount of babassu oil you are using, however, as it can begin to negatively impact the thyroid gland over time. [8]

High levels of vitamin E, phytosterols, fatty acids, and antioxidants all make babassu oil the ideal remedy for premature aging. It can eliminate the appearance of lines and wrinkles, minimize scars and blemishes, stimulate the growth of new cells and increase the elasticity of the skin as you age. [9]

Mixing this oil into a hair mask or as an ingredient in your shampoo can strengthen your hair strands and prevent breakage and split ends. The fatty acids form a shield, locking in moisture and giving your hair a healthier appearance, while also stimulating new growth from your follicles.

Side Effects of Babassu Oil

The side effects of using babassu oil are limited but do include possible bleeding issues, thyroid imbalance, skin irritation, weight gain and complications with pregnancy. That being said, this oil is widely used and praised for its effects on health, so when used properly and in moderation, it can provide a number of impressive benefits.

Bleeding & Surgery: One of the health benefits of babassu oil is reducing blood clotting, which is important for people at high risk of atherosclerosis, heart attack, and stroke. However, if you are undergoing surgery in the near future, or already have a bleeding disorder, this anticoagulant property could be dangerous.

Hormones: When this natural oil is excessively used, some people have reported negative effects on their thyroid gland. However, most people won’t experience hormonal side effects if they use it in moderate amounts.

Allergic Reactions: As with so many concentrated natural oils, topical use of babassu oil can irritate some people, particularly if they have sensitive skin. This can appear as redness, itchiness, swelling or inflammation.

Pregnancy: Most experts do not recommend using this oil during pregnancy, as it can have stimulating effects on the body and hormone levels, which could potentially be dangerous to the fetus.

Weight Gain: It is important to remember that babassu oil is composed of 70% fat. While the health benefits are tempting and impressive, be sure to use this oil in moderation, or it will contribute to fat deposition and weight gain!