Coconut oil has recently received a great deal of attention in the battle against Alzheimer’s disease, due to its ability to stimulate cognitive function, balance cholesterol levels, prevent oxidative stress and boost metabolic activity. [1]

This powerful oil has become a common element in many natural health treatments, given its high levels of medium-chain fatty acids, minerals, vitamins, and antioxidant compounds. This makes the oil a powerful asset for moisturizing the skin, improving digestion, balancing cholesterol levels, aiding in weight-loss efforts, strengthening the hair, and reducing the negative effects of free radicals throughout the body.

Coconut oil can also be used in a wide variety of ways, as a topical agent for the skin and hair, a delicious and healthy cooking oil, in supplement form, mixed in with various beverages, including coffee, tea, smoothies, and shakes, or simply eaten by the spoonful. With this wide range of potential reasons to include coconut oil in your diet and health regimen, a great deal of research money and attention has been poured into this “new” health remedy, even though it has been used for thousands of years in traditional medicine practices around the world. [2] 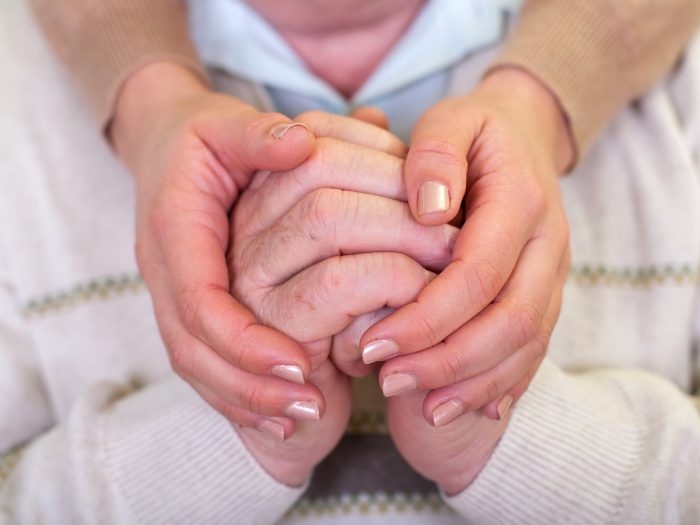 A few years ago, many people looked at coconut oil as yet another health fad, with an overblown level of impact on human health. However, more and more studies are finding that the unique nutritional composition of coconut oil backs up the impressive claims about what it can do for your health. According to a study published in the Aging Journal by Dr. Dale Bredesen, Mary S. Easton Center for Alzheimer’s Disease Research, Department of Neurology, University of California, Los Angeles, USA, one of the most controversial benefits of this oil concerns its impact on degenerative cognitive conditions, namely Alzheimer’s disease. [3]

Coconut oil does have a number of effects on the body, both direct and secondary, that can improve the cognitive function of those suffering from Alzheimer’s, says a study published in the Cambridge University Press. These beneficial impacts are primarily derived from the saturated fat content of coconut oil, and some of the byproducts when it is metabolized by the body. As per the USDA National Nutrient Database, coconut oil comprises calcium, saturated, monounsaturated and polyunsaturated fats. [4] [5]

The main characteristic that makes coconut oil so beneficial for us in so many different ways is the composition of fats. Roughly 90% of coconut oil is made up of a type of saturated fat called medium-chain triglycerides. The three main triglycerides found in this oil are capric acid, caprylic acid, and lauric acid, the last one making up about half of all the fats in coconut oil. While saturated fats are commonly seen as being bad for the body, as they can raise cholesterol levels and lead to weight gain, these medium-chain fatty acids are slightly different. [6]

As opposed to long-chain fatty acids, which are normally stored by the body as fat, medium-chain fatty acids are converted directly into usable energy by the liver. They are also smaller than long-chain fatty acids and can be more easily absorbed by membranes and tissues in the gut. When capric, caprylic and lauric acids are processed in the liver, ketones are given off as a byproduct. Ketones are essentially energy for the brain and are at the core of a popular health trend known as the ketogenic diet. According to research published in the Food Science and Human Wellness Journal, ketones are also known to positively affect mitochondrial activity, which provides an interesting link to research suggesting that Alzheimer’s and other degenerative cognitive diseases are connected to mitochondrial dysfunction. [7] [8]

Furthermore, while there are some health concerns relating to consuming excess saturated fat, the triglycerides found in coconut oil are known to balance cholesterol levels – increasing HDL (“good” cholesterol) and decreasing LDL (“bad” cholesterol). This can reduce oxidative stress in the heart, as well as other areas of the body. According to a research published in the Journal of the American Academy of PAs, oxidative stress and the activity of free radicals are known to increase plaque buildup in the neural connections of the brain, leading to decreased function and Alzheimer’s disease. [9]

Although studies are still limited on this important subject, one of the breakthrough reports of coconut oil’s effect on the brain comes from Dr. Mary Newport, whose husband was suffering through rapid onset Alzheimer’s disease and seeing very little improvement from prescribed medications and treatments. After beginning her husband on a steady intake of virgin coconut oil, however, the progression of his symptoms was not only slowed down, but his condition actually improved. This anecdotal case study has spurred further research on the role of ketones and cholesterol levels in Alzheimer’s disease, as well as how the use of coconut oil can potentially slow, stop or even reverse the effects of the disease. [10]

Rate this article
Average rating 3.6 out of 5.0 based on 15 user(s).
Read This Next:
Popular Articles