It’s not rocket science that when you’re feeling happier in your relationship, everything else seems to be easier as well. The phrase, “Happy wife, happy life” says it all. Or does it? What researchers in the field of psychoneuroimmunology suggest is that healthy, positive relationships don’t just affect the state of one’s marriage, but actually improve overall health and well-being!

The top ways that healthy relationships boost the immune system include an increased ability to fight viruses, better gut health, enhanced sleep quality, and lower anxiety levels. Let us look at these in detail. [1] 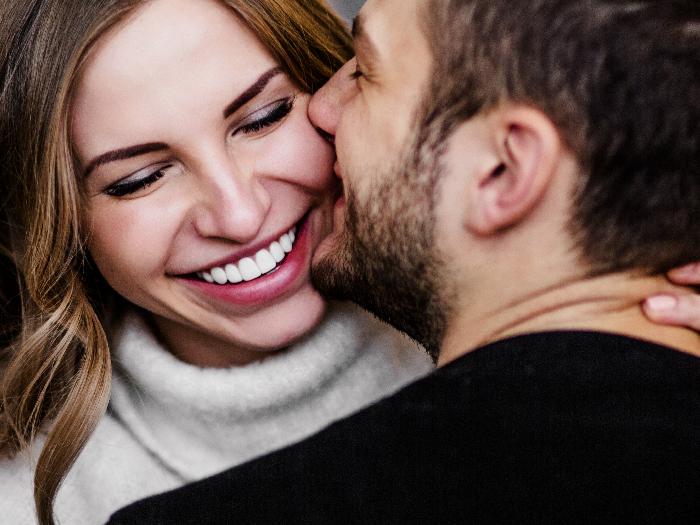 Spending time with friends and loved ones can be a mixed bag. When interactions are healthy and joyful, we feel happier, more peaceful, and even more motivated. But, when things don’t go so well, the impact can be devastating to our sense of well-being. Whether or not you’re in a relationship, feelings of isolation and loneliness can cause anxiety and depression, which can actually impact our immune system. Research suggests that as an individual develops anxiety and depression, the number of white blood cells (lymphocytes) drop. [2]

Eager to bolster your immune system and your relationship? Incorporating physical touch, even if only a 20-second hug per day, can be an effective treatment. [3]

Neuroeconomist Paul Zak, famous for his TED talks on hugging and health, recommends eight hugs per day to be happier and less anxious. According to him, during hugging, cuddling, and holding hands, the brain produces oxytocin, a neurotransmitter nicknamed “the cuddling hormone.” As oxytocin acts on the limbic system, people report feeling safer and more connected, and less anxious. [4]

According to Harvard Medical Center, a large-scale research project indicates that those with stronger social relationships improved their life expectancy by a whopping 50 percent. The impact of the lack of social support or healthy relationships exceeded the influence of risk factors such as physical inactivity and obesity. [5]

Additionally, Merrill (2018) suggests that sustained loneliness can shorten your lifespan by more than 20 percent, making it “deadlier than obesity or alcoholism”.

A study conducted by the University of Pittsburgh found that women who were happy in their marriages and enjoyed higher levels of marital satisfaction reported fewer sleep disturbances. Additionally, those that experienced more physical intimacy (through which oxytocin is released) noted greater ease with falling asleep. When we fall asleep more easily, there’s an increased likelihood that we will experience deep, restorative sleep. [6] [7]

Researchers have found that a rich and diverse microbiome plays a critical role in the optimal functioning of the immune system. The microbiome, a collection of trillions of bacteria, viruses, and fungi that live in and on the human body, plays a foundational role in health and function and is directly impacted by those that we spend time with. [8]

Research published recently in Scientific Reports revealed that married individuals harbor microbiomes of far greater diversity and richness than those who live alone. Studies conducted by Zach Bush, known for his extensive work in the area of microbiome and gut health, evidence the miraculous impact of microRNA on the microbiome. For decades, microRNA was believed to be “junk DNA” and to have relatively little impact on human function. What Bush has come to understand is that much of the microRNA that impacts overall health and well-being comes from those that we spend time with. So, the diversity of one’s own microbiome is not the only factor that influences gut health – how our gastrointestinal system works is also impacted by our family members- and how they’re feeling! [9]

When we’re stressed, our body’s ability to battle against antigens is reduced, causing us to be susceptible to infection. In a study about the links between relationships and immunity, Dr. Sheldon Cohen, a psychologist at Carnegie Mellon University, found that people with strong social networks were less likely to get sick when exposed to a virus. His team studied the response of 200 healthy participants, exposed to the common cold virus in a controlled setting for a week. Results suggested that the more diverse a participant’s social network, the less likely they were to develop a cold. Additionally, they discovered that those with several different types of social connections were more likely to report positive emotions. [10]


Dr. Sage Breslin, MA, Ph.D. from Northwestern University, is a breakthrough and transformation coach, a trauma psychologist, a motivational speaker, a screenwriter, and a best-selling author. She completed her certificate in Integrative Medicine from Harvard Medical Center. She has authored several best-selling books including Breaking Through The Conscious Leader’s and Entrepreneur’s Guide to Amplify Intuition, Clarity, Vision, Motivation, and Productivity. She is the founder of Sage Wisdom Institute and The Healing Heart Center Foundation (Not-for-profit) that aims at providing personal transformation and psychotherapeutic education and healing experiences.