Cystic fibrosis (CF) or mucoviscidosis is a progressive genetic condition that occurs due to a defect in the cystic fibrosis transmembrane conductance regulator (CFTR) gene. It usually affects the lungs but may also manifest in other organs like the pancreas, intestines, sinuses, sex organs, and liver. In this condition, the mucus becomes thick and sticky, clogging vital organs and making it easy for bacteria to grow. Vital nutrients also cannot make it through the blocked passageways and the person starts to suffer from malnutrition. The primary symptom of cystic fibrosis is recurrent lung infections like pneumonia and eventually, lung transplants are necessary. [1]

It has only been in recent decades that extensive therapy and understanding of the disease has led to successful management, but there is still no permanent solution.

While cystic fibrosis is treated most successfully in hospitals with medical professionals, you don’t have to remain in a hospital for your entire life. It’s best to understand the behaviors, dietary choices, and red flags to make sure you remain healthy and maintain a high quality of life for as long as possible. [2]

These are home remedies that can maximize your management of this disease: 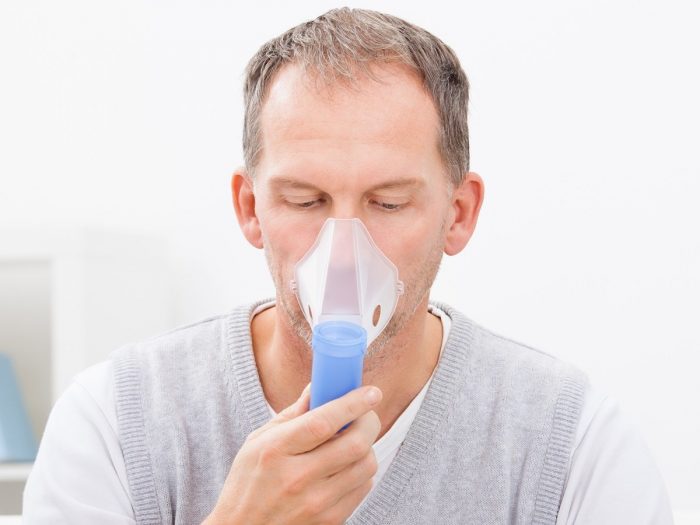 Cystic fibrosis is a hereditary disease that affects the lungs and digestive system. Photo Credit: Shutterstock

Ginseng is a natural remedy primarily because it can help eliminate bacterial infections that attack the lungs in conjunction with cystic fibrosis. You can add ginseng powder to your food, steep ginseng tea for your afternoon cup, or simply take ginseng supplements. [3]

Adding a hefty dose of omega-3 fatty acids to your diet is one of the best ways to protect against excessive mucus production and reduces inflammation biomarkers, which can contribute to chronic illness and infection of the lungs common in cystic fibrosis. Fish are one of the best sources of omega-3s, even in the form of fish oil supplements. [4]

Garlic plays a role in the natural healing of cystic fibrosis due to its volatile components that have a natural antipathy to major lung infection-causing bacteria. Adding garlic to your diet can seriously boost your body’s defense against these types of infections. Making a garlic paste and rubbing in on the chest can also help, as you will inhale the beneficial vapors as you sleep. [5]

This exotic fruit has shown specific strength against Staphylococcus and Bacillus cereus strains of bacteria, which are both associated with the lungs. Eating papaya a few times a week can help to ward off any of those bacteria from developing in the respiratory tract. [6]

The strong volatile oils contained in these substances all have one thing in common, they reduce the virulence and pathogenicity of bacteria, making them less powerful in the body and unable to propagate into more serious infections of the lungs that can complicate cystic fibrosis cases. [7]

If you want a tasty way to keep your cystic fibrosis under control, try a licorice rope. The powerful organic compounds in licorice have the potential to reduce pulmonary inflammation, which means a much better chance of avoiding lung infections that can speed up the disorder. [8]

This powerful remedy can help to reduce lung inflammation and also demonstrates certain antibacterial properties. Add this element to your food by cooking with turmeric. [9]

This may seem simple, but some of the enzymes contained in oats can actually help modify the metabolism and combat some of the chemical pathways of cystic fibrosis that can be so cyclical and destructive.

The catechins and other organic compounds found in green tea boost the immune system due to their antioxidant qualities, but directly soothe the respiratory system and eliminate inflammation, which can cause infection. [10]

Sunshine contributes to this essential nutrient for our bodies, which can directly affect our likelihood of recurrent pneumonia. Studies have shown that regular amounts of vitamin D3 significantly reduces the likelihood of infection recurrence. [11]

One of the best ways to prevent the onset of cystic fibrosis is to avoid the other lung infections that can exacerbate and speed up the decline of your lungs. This may seem like treating the symptoms, rather than the disorder itself, but that is simply the best that can be done at this point in medical history. [12]

Word of Caution: Although medical advances for cystic fibrosis in the past 50 years have been monumental, it is still essential to remain in close contact with medical professionals and to have regular check-ups to monitor the health and stability of your lungs. Remember, there is no cure for this tragic disease, and even these home remedies can only alleviate the pain and slow down the spread and severity of the disorder.

Rate this article
Average rating 3.9 out of 5.0 based on 83 user(s).
Read This Next:
Popular Articles