This STD requires immediate and thorough treatment. Gonorrhea, if not treated in time, can have serious complications and can also be life-threatening. It also holds the risk of transmission through sexual partners, if and when not treated.

In the above treatments for gonorrhea, you have to make sure that you follow the medication as prescribed and do not miss out on any doses. It is also important that your sexual partner is also treated for the same, so as to prevent the risk of further transmission of the disease. 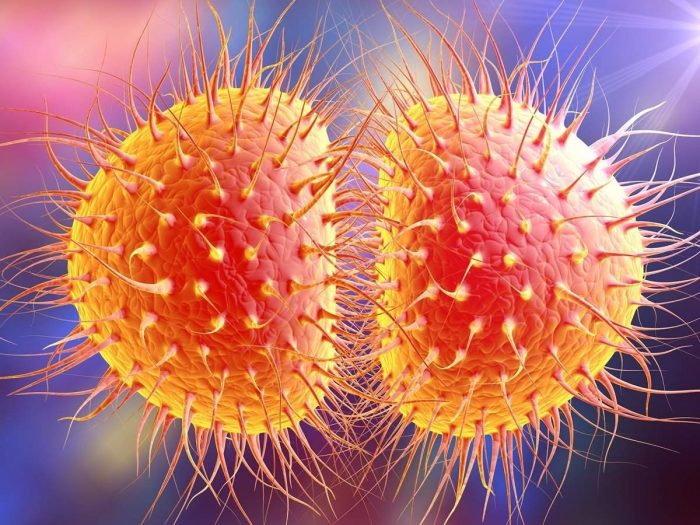 Sometimes, the gonorrhea bacteria develop resistance to the antibiotics. In such cases, one needs to get retested for the STD and thereby should follow up with an alternate treatment of antibiotics. Some of these antibiotics that do not work in killing the gonorrhea virus include penicillin, tetracycline, quinolones, and sulfa drugs.

The above-mentioned treatments for gonorrhea can be availed from any sexual health care clinic near you. While medication can stop the infection from causing any further damages, it cannot reverse any lasting damage that has already been caused by the disease.

The most important home remedies for gonorrhea include the following:

One of the best ways to boost the immune system and keep your body running on a healthy course is zinc. This essential mineral can increase the number of antibodies and white blood cells, while also directly affecting the bacterial infection of gonorrhea. You can find zinc in a diverse number of mineral-heavy foods, including dark chocolate, oysters, and sesame seeds.

Garlic and its important active ingredient, allicin, is another popular home remedy for gonorrhea. This is one of the most easily accessible and popular antibacterial foods that you can add to your diet, and it also happens to be versatile in culinary preparations. You can significantly boost the strength of your immune system and treat gonorrhea effectively by either consuming garlic normally or treat yourself with garlic extract, or even garlic in the supplemental form!

You’ve likely heard that vitamin C is one of the best ways to improve the health of the immune system, and when it comes to gonorrhea, anything that can improve your resistance to bacterial infections is a good thing. High concentrations of vitamin C can be found in various fruits and vegetables, particularly spinach, broccoli, and citrus fruits. Vitamin C, commonly known as ascorbic acid, also acts as an antioxidant and can help to reduce the inflammation and discomfort caused by the condition.

This versatile health tonic, particularly the vinegar part of the mixture, is a potent antimicrobial and antibacterial substance, so it can be used to directly treat gonorrhea. Whether consumed internally or even applied topically (apple cider vinegar in a bath or on a tampon), this substance can quickly eliminate the bacterial infection and prevent it from spreading. It can also help with reducing inflammation and pain.

Aloe vera is used for many different purposes, and there are many different species of this beneficial herb. One particular species, Barbadensis milla, should be used for gonorrhea, as others can actually cause illness or worsen the infection. Since gonorrhea has become resistant to many drugs, herbal remedies like aloe vera are often prescribed as complementary or alternative options, and aloe vera has shown remarkable success in removing bacterial infections and lowering inflammation.

Similar to apple cider vinegar, tea tree oil can be placed directly on a tampon to directly attack the bacteria for females suffering from gonorrhea. Tea tree oil has been proven to be a powerful antibacterial substance that can effectively neutralize the gonorrhea bacteria, while also providing a variety of other benefits to the body.

When suffering from gonorrhea, the inflammation and pain can make sex quite unpleasant, and can even worsen the condition. Furthermore, if you are with a new partner, you risk spreading the disease to them, and if you and your partner are both suffering from the condition, you are perpetuating the illness and making it more difficult for both of your bodies to handle the condition.

Keeping active and fit is a good way for your body’s immune system to also get a workout. By promoting blood flow, repair, and high metabolism, exercise should be able to boost your immune system to more effectively eliminate bacterial infections like gonorrhea.

This popular tropical fruit, with the scientific name of Garcinia mangostana, has been used to treat gonorrhea for generations. The high concentration of vitamin C and a large variety of antioxidants make this fruit a powerful dietary defender against all bacterial infections.

There are dozens of applications for echinacea, thanks to its impressive antibacterial and immune-boosting properties. Echinacea is also readily available at most grocery stores and health food shops. There are research studies supporting the antibacterial properties of this herb, and it has been shown to not only control the symptoms of gonorrhea but also eliminate the root bacteria and protect the body from further infection.

Although the symptoms are not always severe, and the formal treatment is not always effective (antibiotic-resistant strains of gonorrhea), it is important to consult a doctor before embarking on any alternative or herbal remedy treatments for a sexually transmitted disease. The above remedies are suggestions for complementary treatments and home-based strategies, but should not fully replace antibiotic treatment, or at least medical consultation.

There are a few basic precautions that you can take to prevent gonorrhea or any other sexually transmitted disease:

Lastly, it is very important that you talk about STI’s with your sexual partner, so that better precautions can be taken. It is also essential to spread awareness about gonorrhea and other such diseases to prevent them from spreading.