For those who love to add honey to their diet, finding a good honey substitute can be important. Excessive consumption of honey can elevate your blood sugar levels or even lead to weight gain, so some people seek out sweet substitutes. Other people worry about the potential health risks of eating raw honey, such as the presence of botulism spores, while others simply want a less expensive option than buying organic clover or manuka honey. Although allergies to honey are rare, they do exist, which may prompt someone to seek out a great honey substitute for their culinary needs.

There are quite a few viable substitutes for honey, including date paste, agave nectar, molasses, brown rice and maple syrup, among others.

You may not look at a bowl of dates and think of them as a sweet treat, but dates do have a delightful natural sweetness that closely mimics honey when used in certain recipes. Date paste is also quite easy to make at home – simply blend a handful of dates with water until the proper consistency or thickness has been reached. If you are using date paste as a honey substitute in desserts, you can use approximately twice as much date paste as the called-for amount of honey. Date paste is also a great option because there is no need to refrigerate dates, and they can be kept for long periods of time without going bad. [1] 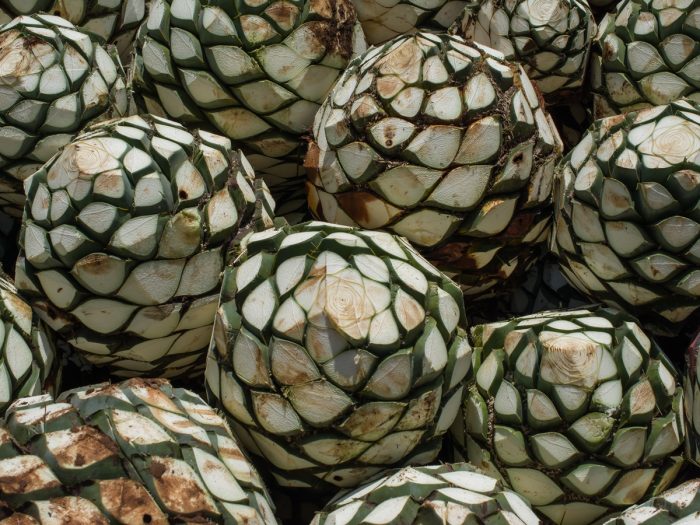 The syrup derived from the agave is used as a sugar substitute. Photo Credit: Shutterstock

A very popular honey substitute is agave nectar, although the potency (sweetness) is far stronger than traditional honey. Agave nectar also has a thinner consistency – meaning that there is more water – so you will want to use a smaller amount than the amount of honey called for in the recipe. Most experts judge that agave nectar is about twice as sweet as honey, so cutting the recipe amount in half can be a good guideline0 for using this nectar as a replacement. [2]

Perhaps the most similar substance to honey is molasses, and this is a very common substitute. You can use this at a 1:1 ratio in your recipe. This is a great choice for those who want to eliminate the processing and pasteurization from commercial honey, without spending a lot more money on a sweetener. [3]

Although this is commonly a replacement for molasses, barley malt syrup also works as a honey substitute. Made from soaked and sprouted barley, this syrup has been in use for centuries as a natural sweetener that provides quite a few impressive health benefits. [4]

This is an excellent option for a honey substitute, but it does have notably less sweetness than certain forms of honey. Therefore, you will want to use approximately 25% more brown rice syrup in a recipe than the amount of honey it calls for. This is one of the few options for a natural sweetener that doesn’t rely on animal byproducts in any way, making it ideal for vegetarians and vegans. [5]

Maple syrup is one of the easiest honey substitute options and one that many people already have on hand in their kitchen. The earthy, sweet, and hearty taste of maple syrup may not immediately remind you of honey, but it has a similar sweetening effect on foods and desserts that you may be trying to make honey-free. You can use slightly more maple syrup in a recipe than the required amount of honey, but the flavor is quite potent, so don’t overdo it! [6]

Another simple replacement for honey is brown sugar, and they have a very similar level of sweetness, albeit a different physical consistency. You should use slightly more brown sugar than the amount of honey called for in the recipe, but don’t use too much, as brown sugar can be a dominant source of sweetness in a dish. [7]

Rate this article
Average rating 3.7 out of 5.0 based on 7 user(s).
Read This Next:
Popular Articles