Consuming jiaogulan is an ancient Chinese traditional remedy that is only now beginning to spread to other parts of the world.

Jiaogulan is the common name of Gynostemma pentaphyllum, an herbaceous vine native to Southern China that belongs to the same family as melons and gourds, Cucurbitaceae. Throughout history, this herb has been used for various medicinal purposes and is believed to be an adaptogenic plant, meaning that it can help your body learn how to better protect itself. The fresh leaves were once consumed in Chinese culture, but their use in brewing tea is far more common. Jiaogulan tea has been consumed as a health tonic and life-extending elixir for hundreds of years, thanks to its diverse range of saponins and antioxidants. [1]

Also known as southern ginseng or ‘poor man’s ginseng’, this herb has a very different chemical composition from ginseng, but it can be used for similar purposes. With powerful adaptogenic and antioxidant compounds, drinking this tea on a regular basis can have remarkable effects on your overall health. 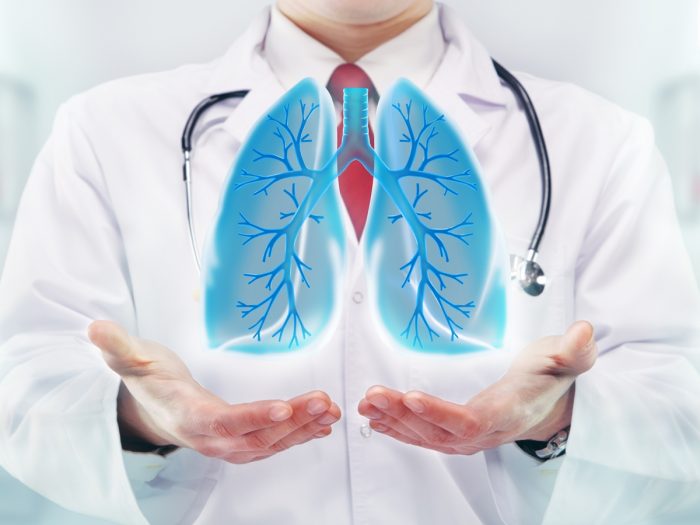 Like the rest of our body, our lungs need daily care and attention. Photo Credit: Shutterstock

The top benefits of jiaogulan include the following:

The protection of the liver and kidneys, as well as the boost to the metabolism, means that jiaogulan can also improve endurance and athletic performance.

Adaptogens are sought after for many reasons, but their impact on stress hormone levels and anxiety are particularly important. More specifically, it can help to balance your serotonin and dopamine levels, keeping your head clear and your mood well. [2]

It has been found in numerous studies that the regular consumption of this herb can lead to a lowering of overall cholesterol. This will, in turn, lower the risk of atherosclerosis, heart attack, stroke, and coronary heart diseases. [3]

Adaptogenic compounds called gypenosides are present in this herb, and they are able to function as antioxidants and regulate the immune and nervous systems, putting less stress on the body and preventing the signs of oxidative stress, such as wrinkles, blemishes, age spots, and chronic diseases. [4]

This herb is packed with several anticancer agents such as saponins and flavonoids. A 2016 study published in the Chinese Medicine [5] journal further elaborates these effects, suggesting that through multiple mechanisms such as apoptosis, metastasis, and immunomodulation, jiaogulan may prove helpful against cancer.

This herb is able to increase insulin sensitivity within the body, which is good news for anyone suffering from diabetes, as per a study published in the journal Food Chemistry in 2013. [6]

Numerous studies have found the adaptogens in this herb can help to optimize metabolic function. In obese individuals, it can lead to rapid weight loss and fat-burning, as well as an improvement in your Body Mass Index (BMI). [7]

The connection between kidneys and the compounds in jiaogulan have been known about for thousands of years, but modern research has shown that it can stop the damage to the kidneys by an excess of toxins in the body. [8]

Gynostemma is able to reduce stress and anxiety, which also releases sleep-inducing hormones into the brain, helping to calm the mind and eliminate symptoms of insomnia, delivering restful and rejuvenating sleep. [9]

Aside from the many benefits explained above, there are some side effects to consider.

However, aside from that, there is no known toxicity to this herbal tea. Even when consuming large amounts of the extract from this herb, few side effects were reported.

Rate this article
Average rating 4.0 out of 5.0 based on 33 user(s).
Read This Next:
Popular Articles