What Is Kratom Tea

Drinking kratom tea is a practice that is common in some parts of Asia, and while there are some potentially dangerous side effects, there are also quite a few possible health benefits when used in moderation.

What is Kratom Tea?

Kratom tea is a traditional tea brewed in Thailand and neighboring countries using the dried leaves of the kratom plant, scientifically known as Mitragyna speciosa. These leaves have been used in that region for hundreds of years, primarily for their energizing and stimulant qualities. The leaves are often chewed, which produces a slightly stronger effect than when the leaves are brewed into a tea. Perhaps most famously, it is known to help people overcome the debilitating effects of opioid withdrawal. There are more than a dozen active compounds in kratom leaves, some of which can lead to addictive symptoms. [1] [2] [3]

In terms of taste, many people compare the taste of kratom tea to green tea, although it may have a slightly more bitter aftertaste. You can simply add sugar or honey to this tea to improve the flavor.

There have increasing reports of drug dependency and drug abuse associated with kratom use in the US and Europe. Due to its potential abuse, kratom is illegal to use in Malaysia, Thailand, Australia, and Myanmar. New Zealand controls kratom under its Medicines Amendment Regulations. While it is legal in the US, the Drug Enforcement Administration (DEA) in the US has listed kratom as a “drug of concern”. The USFDA has also issued public health advisories involving kratom use and marketing, saying that it may expose users to health risks. [4] [5] [6] [7] 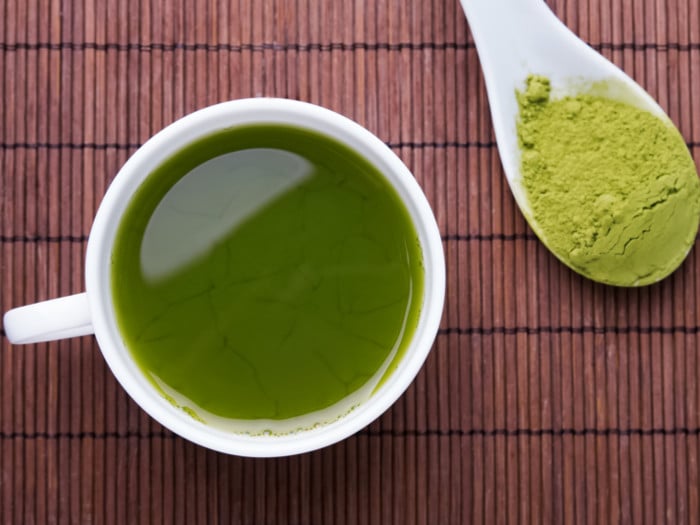 Kratom tea can be made by steeping kratom powder. Photo Credit: Shutterstock

The benefits of the tea primarily come from certain alkaloids found within the leaves. However, there is not enough scientific evidence to prove these health benefits. These active ingredients may help:

For more information on the kratom leaves, you can head over to Kratom Leaves: Uses Vs Risks.

The major side effects include its potentially addictive quality and mind-altering nature. Although it is used as a means of suppressing withdrawal symptoms, it can also have opioid-like effects, and can thus be difficult to stop using. [11]

The side effects, according to a report published in Clinical Toxicology, include: [12]

Rate this article
Average rating 4.2 out of 5.0 based on 50 user(s).
Read This Next:
Popular Articles