What is Light Beer

Light beer is a relatively new addition to the beer lexicon, but it has made quite the splash. For those looking to lose weight, but not give up their after-work drink, it can be a great option.

What is Light Beer?

Light beer as the name suggests is low in calories and alcohol content as compared to other beers. It has only been around for roughly fifty years and has quickly become one of the bestsellers of the beer world. The signature characteristics of light beers are a low, pale body, and an attractively low-calorie count. The cost of fewer calories is lower ABV, with most light beers clocking in at around 4% or less, as compared to 5%-10% for craft and full-calorie beers. [1] 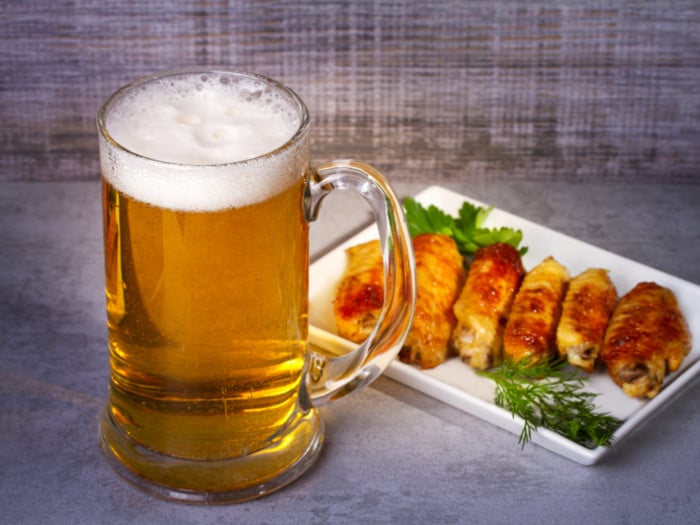 According to the USDA, one can of light beer provides 103 calories, along with 6 grams of carbs and 3 grams of sugar. It also provides a minimal amount of calcium, iron, magnesium, phosphorus, potassium, sodium, zinc, and B vitamins. [2]

Although you can find gluten-free light beers, most brands are not suitable for those with gluten sensitivities or allergies.

Light beers have fewer calories than dark beer and have a much lighter body and taste. Dark beers tend to be more flavorful, with a heavier body and a notably higher alcohol content. [3]

Adverse risks associated with alcohol consumption: Moderation is key. The risks involved with drinking excessive alcohol can be short term such as violence and injuries to long-term health risks such as chronic diseases. According to the Centers for Disease Control and Prevention, people who should not drink alcohol include women who are pregnant, individuals younger than 21 years of age, and people who are recovering from alcoholism or cannot control the amount they drink. Also, it should be avoided by people who are planning to drive or any other activity that required focus and skill. However, different countries have different rules on alcohol purchase and consumption. [4]