Using lion’s mane mushroom in your cooking is an easy way to boost your overall nutrient intake, and spice up some of your cooking!

What is Lion’s Mane Mushroom?

Lion’s mane mushroom is a type of mushroom native to North America, Asia, and Europe that is scientifically known as Hericium erinaceus. These fungi go by a number of other names, including monkey head, bearded tooth mushroom, and the pom mushroom, among others. Although research has been limited to the full range of health benefits, there is a great deal of anecdotal evidence of its traditional use as a medicinal mushroom. [1]

In terms of taste, this mushroom has quite a meaty consistency but has the unique ability to soak up the flavors of other foods and sauces. These mushrooms are rich in antioxidants, particularly certain unique triterpenes, such as hericenone and erinacine. These specialized compounds are often credited with the impressive abilities and claims about these mushrooms. 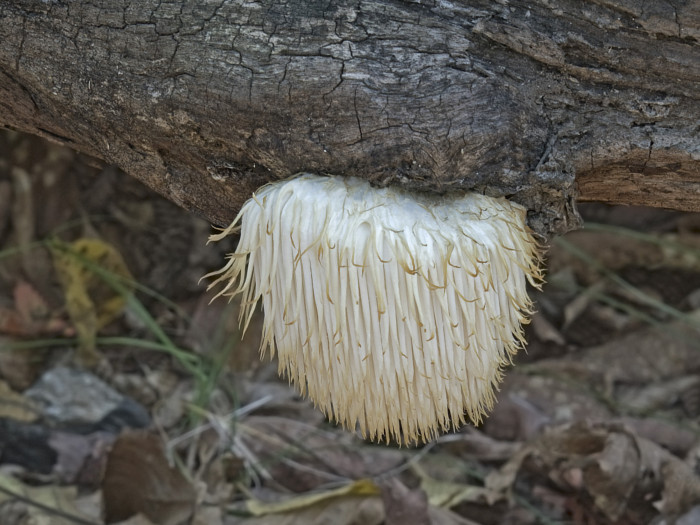 The primary benefits of a lion’s mane mushrooms are their ability to stimulate brain function, boost the immune system, and help to regulate blood sugar levels, among many others.

The vast majority of the benefits attributed to these mushrooms is due to the triterpenes found in such high quantities. These function as antioxidants to reduce stress and inflammation, which can stimulate circulation and blood flow to the brain, increasing cognitive function and lowering your risk of neurodegenerative disease. [2]

There is a good amount of fiber found in a lion’s mane mushroom, which can help to stimulate the digestive system and move the bowels along normally. [3]

Lion’s mane mushroom is a godsend when it comes to preventing cancer. Its anticarcinogenic properties help in the prevention of stomach, lung, intestine, colon, and liver cancer, among others. [4]

The anti-inflammatory properties of these mushrooms are able to help prevent the release of inflammatory molecules from fatty tissue, which can help with a number of chronic diseases, including coronary heart disease and diabetes. [5]

Not only has this mushroom been linked to improved cognitive abilities in various studies, but it has also been connected to mental health in terms of anxiety and depression. Given the widespread nature of these problems, these supplements are gaining popularity. [6]

Antioxidants are able to support the immune system by reducing the workload and preventing chronic inflammation, from which so many diseases spring. [7]

When it comes to heart health, research has found that the active ingredients in these mushrooms can help to lower overall cholesterol levels, which reduces your risk of atherosclerosis, as well as heart attack, stroke, and coronary heart disease. [8]

There are quite a few ways to use lion’s mane mushroom, both as a culinary ingredient and an herbal supplement. In food, many people like to cook these mushrooms in butter and then pair them with seafood, such as crab and lobster. That being said, very few of these mushrooms are produced for mass consumption, and there is a very limited supply of these mushrooms. In most western countries, such as America, finding these fungi, even in an exotic grocery store, could be a challenge.

If you can’t find fresh lion’s mane mushrooms, some people prefer to take them in supplement form, or as an extract. However, before using anything besides dietary mushrooms, be sure to speak with your doctor.

There are a few side effects to using these mushrooms, such as possible gastrointestinal distress, topical skin inflammation, or difficulty breathing, in severe cases. If you experience any of these symptoms, discontinue use immediately. In most cases, eating the mushrooms is perfectly safe, but using low-quality supplements could result in diarrhea, nausea or other gastrointestinal issues.

Rate this article
Average rating 3.9 out of 5.0 based on 10 user(s).
Read This Next:
Popular Articles