Blood pressure can be explained as the force of blood created when it is pushed against the walls of the artery as our heart performs its pumping action. This pressure fluctuates as we feel excited or nervous and it is normal for the pressure to go up and down several times in a day. The readings of blood pressure can reveal important information about our health. Experiencing low blood pressure during pregnancy is quite common especially in mid second trimester and third trimester. However, pregnancy’s effect on blood pressure starts occurring from the first trimester.

When pregnant, the blood pressure reading tells us about the health of both the expecting mother and the baby. It also helps the doctor in determining the presence of a number of other health conditions such as preeclampsia. This is why at every prenatal visit, your gynecologist or doctor will check your blood pressure so as to ensure that it is in its normal ranges. Let’s find out more about why women experience low blood pressure during pregnancy, what are its symptoms, and treatment options. [1]

What is Low Blood Pressure?

According to current guidelines, reading under 120 mm Hg systolic and over 80 mm Hg diastolic would be normal and if the reading is lower than 90/60 mm Hg then it would be considered low.

Low blood pressure during pregnancy is caused by the changes that happen in a woman’s body while carrying a baby. This is so because pregnancy causes the circulatory system to expand quickly and the blood vessels dilate leading to a drop in the blood pressure. Actually, the rapid expansion in blood volume, which occurs for maintaining sufficient supply of oxygen and nutrients to the baby, dilates the blood vessels and leads to hypotension in pregnancy. [2]

In fact, low blood pressure is the third most common cause of hypotension among pregnant women while other issues that may cause low BP include the presence of twins/triplets/quadruplets, deficiency of folic acid or vitamin B12. At the time of delivery if an epidural is administered then sudden drop in blood pressure will be recorded. 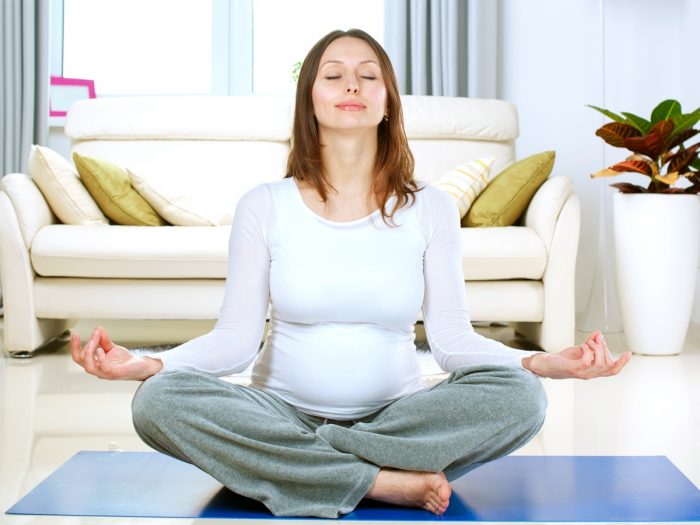 In the first 24 weeks of pregnancy, it is expected that the blood pressure will drop and it will be at its lowest levels in the middle of the second trimester. [3]

There are various other reasons that lead to low blood pressure such as conditions like anemia, infections, endocrine disorders, heart-related issues, internal bleeding, dehydration, allergic reaction to something, prolonged bed rest, and nutritional deficiencies. A decrease in blood volume also drops blood pressure, such as if dehydration is severe or a lot of blood has been lost due to internal bleeding.

Furthermore, various over the counter drugs also cause low BP including diuretics that treat hypertension, antidepressants, and other prescription drugs. Alcohol and narcotics’ use also lowers blood pressure in pregnant ladies. [4]

Very often, low blood pressure is an indication of another underlying health issue especially when the drop is sudden and it is followed by other symptoms like dizziness, lightheadedness, syncope (fatigue), nausea, blurred vision, depression, shock, difficulty in concentrating, and lethargy. If the condition persists, the expecting mother will notice other symptoms such as shallow breathing and rapid or weak pulse. [5]

On the other hand, low blood pressure may not always indicate a problem for the mother-to-be and just be caused by the hormonal changes that occur in the body during pregnancy.

Low blood pressure during first and second trimester is not a cause of concern for the doctor but during the third trimester, it does become alarming. Especially if the drop is significantly high then this could be life-threatening for the growing baby as well as the mother. Very low blood pressure leads to organ damage, fainting, and shock. Very low blood pressure could be a sign of ectopic pregnancy as well, in which the egg is fertilized but gets implanted outside of the uterus and inside the fallopian tube.

Effects on the Baby

Usually, low BP during pregnancy is not treated with medication but through foods and lifestyle changes. In a majority of the cases, blood pressure begins to increase and remains elevated during the third trimester and becomes completely normal after childbirth. Expecting mothers can also try the following remedies for treating low BP issue:

Rate this article
Average rating 4.2 out of 5.0 based on 34 user(s).
Read This Next:
Popular Articles