Using lutein supplements is recommended for certain health conditions, so understanding more about this critical compound is essential.

Lutein is a type of carotenoid that is commonly found in green, leafy vegetables, among others, and can have a wide range of effects on your overall health. More specifically, lutein is a xanthophyll and is often linked to the health and function of the eye. Lutein is often discussed in conjunction with zeaxanthin, another carotenoid that serves similar purposes in the body. As a carotenoid, lutein is often discussed as an antioxidant, meaning that it can slow down or prevent the effects of free radicals. By preventing chronic inflammation and oxidative stress, lutein helps stop the appearance of the chronic disease. [1] 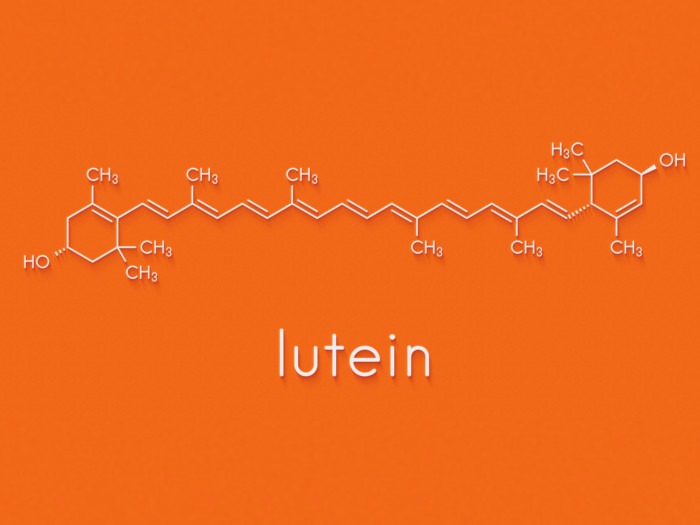 Lutein is closely related to vitamin A and beta-carotene and is often found in foods that are similarly rich in these compounds. This carotenoid is definitely considered safe and is one of the more powerful antioxidants that we get through our diet. In terms of dosage, most experts don’t recommend supplementation of more than 10 milligrams per day. As mentioned, lutein is found in many healthy foods that should already be a part of a healthy diet; therefore, using additional supplementation should only be done under the advisement of a doctor. [2]

The most notable benefits of lutein include the following:

Let us discuss them in detail bel0w.

Most people immediately connect lutein to vision health, along with zeaxanthin. The highest concentration of this antioxidant is found in the retina, and it is well known that it can help to prevent macular degeneration, which is one of the major causes of blindness as we age. Furthermore, it can stave off the onset of cataracts, helping you keep your vision in good shape for longer. [3]

This carotenoid is an antioxidant, meaning that it can help the body seek out and neutralize free radicals before they can do damage, including to the skin. Regular consumption of foods with lutein means fewer wrinkles and age spots, and a generally younger-looking complexion. [4]

There have been some reports suggesting that supplementation with this antioxidant may have an impact on cervical cancer, as well as lung and prostate cancer however, there is a lack of scientific evidence supporting this claim. [5]

While the debate is still ongoing as to the efficacy of this antioxidant, according to the Memorial Sloan Kettering Cancer Center diet comprising of foods rich in lutein may help in lowering the risk of cancer. [6]

Lutein is also found to help lower your risk of colon, pancreatic, head-and-neck, and esophageal cancer. [8]

Having proper amounts of this antioxidant in the body is connected to lower cholesterol levels and a decreased risk of congestive heart failure, as it can help maintain the integrity of your blood vessels and arteries. [9]

As with many other antioxidants, lutein can help to minimize chronic inflammation and oxidative stress, including in the neural pathways, which can prevent the development of neurodegenerative diseases, such as Alzheimer’s. [10]

If you want to ensure you get enough of this compound in your daily diet, be sure to increase your intake of foods such as:

Generally speaking, the foods that contain this carotenoid are generally considered healthy for you, in moderation, and should already be a part of your daily or weekly diet. Depending on what medical conditions you have, or what recommendations your doctor makes, you may also complement your diet with lutein supplements. These supplements typically should not be consumed in excess of 10 milligrams per day. [11] [12]

Despite the many benefits of this antioxidant, there are some side effects that should be considered, such as complications with pregnancy and cystic fibrosis.

Rate this article
Average rating 4.5 out of 5.0 based on 2 user(s).
Read This Next:
Popular Articles