Magnesium malate is a supplement made from two distinct compounds that offer a range of potential health benefits.

What is Magnesium Malate?

Magnesium malate is a food supplement containing both magnesium and malic acid. It is sometimes referred to as ‘magnesium salt’. Magnesium is a mineral that is considered essential for the production of energy. It helps to maintain the health of the skeletal system, kidney function, the nervous system, and your muscles. For many people, malic acid is less well known, but this naturally occurring compound is also considered important for physical and mental health, improving concentration and aiding muscle performance.

Both magnesium and malic acid are involved in the production of energy, which is critical for our daily functions. In the supplement form of magnesium malate, a single ion of magnesium is attached to a malic acid molecule. It is thought that the body is better able to absorb magnesium in this combined form. Malic acid also contributes to cellular energy production and may help the body more effectively eliminate unwanted heavy metals. [1] 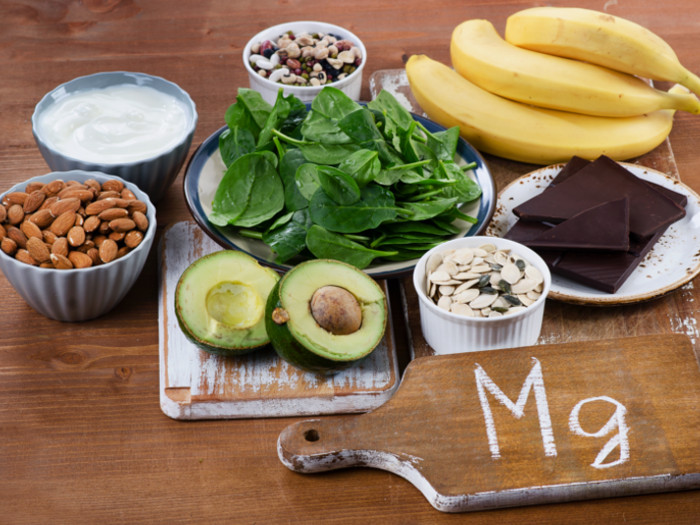 A 2012 assessment of medical data demonstrated that just under 50% of American people were not getting adequate magnesium through their daily diet. Without the recommended daily intake of 320-420mg of magnesium, a range of conditions may occur. Possible symptoms of magnesium deficiency include: [2]

Magnesium is not produced in the body, so it is important to ensure a good supply of it through your food or supplements. Magnesium can be found in nuts, such as almonds and peanuts, as well as whole grains, milk, yogurt, fruits, and vegetables, such as broccoli, carrots, avocados, bananas, and apples, as well as some meats and fish. Although malic acid is naturally produced by the body, some people do not produce enough of it. It can be found in a wide range of fruits, such as apples, grapes, oranges, berries, nectarines, and pears. It is also found in many vegetables, like carrots, potatoes, peas, and broccoli. [3]

There are many potential benefits of magnesium malate, let’s take a look at them below.

How to Take Magnesium Malate Supplements?

If you have symptoms of magnesium deficiency and are not getting magnesium and malic acid in adequate amounts from your food intake, you can consider supplementing with magnesium malate pills. You’re most likely to notice their effects if taken consistently over an extended period of time. To minimize the potential side effects of these supplements, such as slight nausea, it is best to take the pills with food. In extreme cases of deficiency, your medical practitioner may recommend an intramuscular injection.

If you have any kidney issues, it is best to consult with a doctor before taking magnesium malate. The Office of Dietary Supplements lists the following as the main symptoms of magnesium overdose:

If you’re supplementing with magnesium malate and experience any of these side effects, contact a medical professional. However, if supplemented in accordance with recommendations, a magnesium overdose from magnesium malate is highly unlikely. The most common side effect of taking the regular dosage is an unsettled stomach. For this reason, it’s best to take the tablets during or after a meal.