Malaise is often confused with fatigue. The two have certain commonalities, but the implications of malaise go deeper. It can have a psychological and physiological effect on the body.

Malaise is a general feeling of illness, weakness or discomfort. Unlike pain or aches which are localized, malaise has a more generalized effect on the body. It leaves a patient lethargic and depressed. Patients often complain of a general sentiment of ‘not feeling well’. The underlying reason for this health condition could be a toxin or pathogen. In both cases, it leaves the body weak and listless. All the body’s energy and resources are used to fight the toxin or pathogen. According to the book Advances in the Study of Behaviour, its deeper consequences are psychological and physiological where the patient’s body and mind changes in response to the feeling of malaise. But there is a silver lining here. Patients suffering from it are inactive, lethargic with no interest in eating or in taking care of themselves. This could be an adaptive behavior that helps the body to shore up its energy and immunological resources to fight the pathogen. [1] 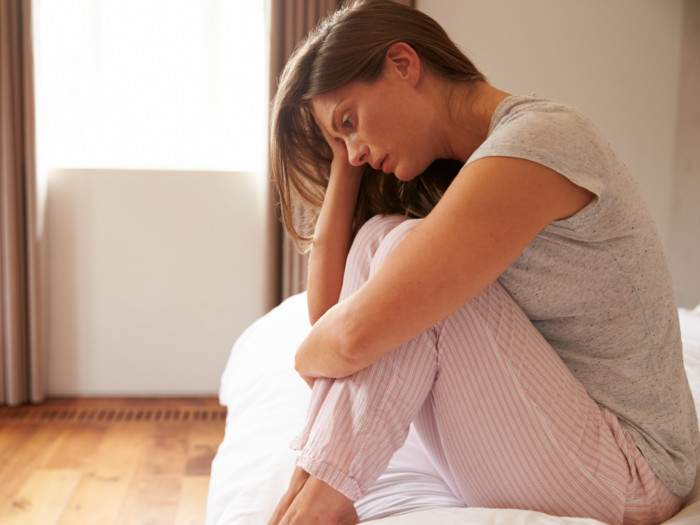 Sadness and depression are not the same things. Photo Credit: Shutterstock

Although both are used interchangeably, malaise and fatigue are not the same. Fatigue is a feeling of extreme tiredness, lack of energy or motivation. The reason we confuse both is that fatigue often accompanies malaise. Like malaise, it can also be caused by different factors. In extreme cases, malaise and fatigue do have a stronger association. People with chronic fatigue syndrome also suffer from a phenomenon known as post-exertional malaise or PEM. Although PEM is sometimes disputed, there is now enough research to show its association with chronic fatigue syndrome. Research published in 2018 in PLOS One, revealed that 90 percent of participants suffering from chronic fatigue syndrome reported experiencing PEM after physical, emotional or cognitive exertion. [2]

Malaise is itself a symptom of an underlying disease or condition. It is characterized by a feeling of:

Malaise can be caused due to different reasons, from organ failure, diseases, cancer, blood disorders to psychiatric conditions. It is important to remember here that although it can be caused by these conditions, it does not always follow. The Milton S Hershey Medical Center at the PennState Health lists its common causes. These are: [3]

Research shows that it could also be part of the body’s response when fighting inflammations. According to a study published in the journal Frontiers of Neuroendocrinology, cytokines released as part of the body’s inflammatory response triggers changes in the brain, which induces behavioral changes like malaise. Cytokines are small proteins that help in cell communication and the body fight against inflammations. [4]

Malaise by itself is not contagious. If it arises from a viral infection, the underlying condition may itself spread. But, the malaise does not follow this transference.