What is Malt Liquor

Malt liquor isn’t the most common drink to sip on at the end of the day, but in some cultures and demographics, it is a very popular type of alcohol.

What is Malt Liquor?

Malt liquor is a beer fermented from grain, sugar, and yeast, with an ABV of 6%- 12%, making it stronger than most commercial beers. It tastes sweet and lacks the bitterness of some beers. It has a lot of carbonation, with a mild flavor. 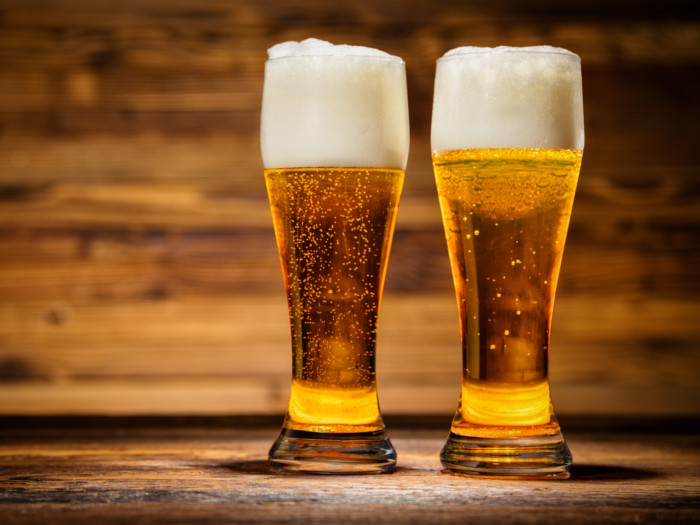 The process of brewing this beverage is similar to brewing beer, but there are a number of key differences. Most notably, malt liquor has added sugars, which is what converts into alcohol during fermentation. You can call this grain-based liquor ‘beer’, but the two are generally considered different beverages. [1]

Malt liquor is made by fermenting grain and sugars over a number of weeks until the yeast has converted most of the sugar to alcohol. This beverage does have gluten from barley and should be avoided by people with extreme sensitivities, particularly if they have been diagnosed with celiac disease. [2]

Brewing malt liquor at home has been achieved by many homebrewers. With a proper brewing kit, you can ferment barley, sugar, and yeast over the course of a few weeks and create your very own batch of this tasty beverage. However, be careful, as this brew is significantly stronger than traditional beer!

Malt liquor has a higher alcohol content than regular beer usually, which is why the calories also are more. Remember the higher the alcohol content, the more the calorie count. According to the USDA, a bottle of malt liquor (1184 grams or approximately a little over 40 ounces) contains 474 calories. [4]

Here are the main differences between malt liquor and beer.

When consuming alcohol, you should always drink in moderation, as exceeding 12 ounces per day will negate most of the benefits of this alcohol. Malt liquor is high in alcohol and sugar, both of which are highly addictive substances, so alcoholism, liver disease, and obesity are the primary side effects of overindulgence. [7] [8]

Rate this article
Average rating 1.0 out of 5.0 based on 1 user(s).
Read This Next:
Popular Articles