Discovering a molar pregnancy can be heartbreaking for some women, particularly if they have been trying to conceive for an extended period of time. If you are at high risk of a molar pregnancy, it is important to know the details of this unfortunate condition, what causes it, and some of the risks it entails.

What is Molar Pregnancy?

Molar pregnancy is a situation in which abnormal growth of tissue occurs in the uterus, preventing the fetus from developing and effectively terminating the pregnancy. However, the growth of this tissue will often trigger the same symptoms as pregnancy, which is why women often feel that their pregnancy is progressing normally before being diagnosed with this condition.

Basically, the tissue and resources that would normally be used to form the placenta instead form dozens of grape-like sacs of abnormal tissue. The more formal name for this condition is a hydatidiform mole. This is a noncancerous, benign tumor, but it will prevent the completion of pregnancy. Fortunately, having a molar pregnancy doesn’t prevent future pregnancies, and the risk of experiencing a second molar pregnancy is less than 3%. 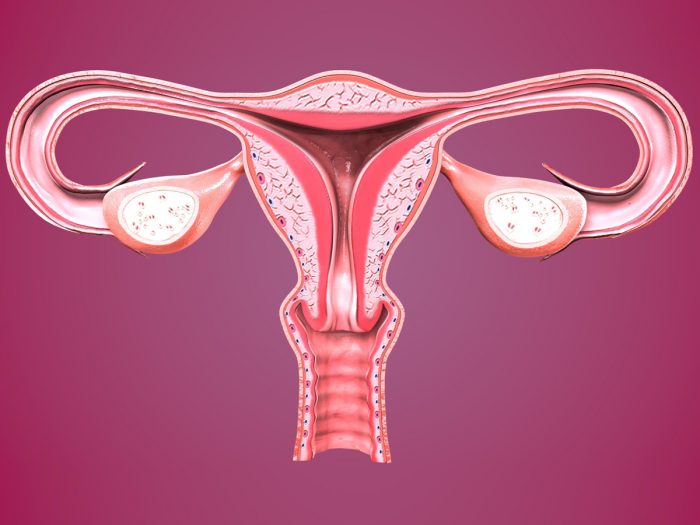 This serious problem in pregnancy affects 1 in roughly 1,500 women and comes in two different forms – a complete and partial molar pregnancy.

This variety of the condition occurs when a single sperm fertilizes a single egg, but that egg lacks any genetic information. As a result, abnormal tissue grows in place of a developing fetus, filling the uterus and threatening the health of the mother, with no fetus forming in the womb. [1]

This type of pregnancy means that two sperm fertilized a single egg, causing either a shut-off of the female chromosomes or doubling the number of male chromosomes, leading to a fetus with 69 chromosomes, rather than 46. The placenta will begin to develop, but a fetus will not form, and the placenta itself will be the molar growth. [2]

The most common symptoms of a molar pregnancy include vaginal bleeding, hypertension, the rapid growth of the uterus and enlargement of the ovaries, among others.

Hypertension – One of the most obvious signs of a problem with this type of pregnancy is an increase in blood pressure, typically in the first and second trimesters. [3]

Vaginal Bleeding – Often, this is the first sign that you are experiencing a molar pregnancy; any vaginal bleeding should be taken seriously while pregnant. See a doctor if bleeding or spotting occurs. [4]

Enlargement of the Ovaries – Due to the increased levels of hCG in the blood during a molar pregnancy, it may cause the ovaries to become enlarged. [5]

Uterine Growth – The amount of abnormal tissue that grows in the uterus can be quite large, causing a more rapid increase in the uterus size than would be present in a normal pregnancy. [6]

There are a few ways for a doctor to detect a molar pregnancy, such as a pelvic ultrasound and a blood test to determine the levels of Human Chorionic Gonadotropin (hCG).

An ultrasound should be able to show the growth of the abnormal tissue in the uterus, which is a clear indication of this type of pregnancy. In some cases, an ultrasound might prove unclear, but this is considered the most reliable means of determining a molar pregnancy. [7]

As with any regular pregnancy, a blood test will be administered by your doctor, which will likely show the presence of hCG (human chorionic gonadotropin). However, in molar pregnancy, the level of hCG will be unusually high. However, there are some cases where a woman’s body will produce a low level of hCG, in which case the elevation due to molar pregnancy will bring it to normal levels. In most cases, other symptoms will present themselves, leading to ultrasound and an eventual diagnosis. [8]

The risks of a molar pregnancy primarily include gestational trophoblastic disease and choriocarcinoma.

If any of the excess tissue from this type of pregnancy remains in the uterus following one of the treatments outlined below, it is referred to as a gestational trophoblastic disease. This is tissue that will continue to grow in the uterus, causing complications for the mother. [9]

In rare cases of a gestational trophoblastic disease, the abnormal cells grow and can become cancerous. This will require attention in terms of treatment with cancer drugs. It may or may not hold the development of the baby. [10] [11]

The most common treatments for molar pregnancy include medical management, dilation, and suction evacuation, dilation and curettage, or a hysterectomy.

One approach to treating this type of pregnancy is known as medical management, in which the womb is induced to contract through the use of certain drugs. At this point, the body will naturally rid itself of the excess, abnormal cells. This is considered the safest approach to treating a molar pregnancy, as it is non-invasive. [12]

In this procedure, the cervix will be dilated and a small tube will be inserted into the womb in order to suck out the excess tissue. This is a relatively simple and harmless procedure, although there is the risk of some tissue being left behind, potentially leading to gestational trophoblastic disease. [13]

Similar to the treatment explained above, dilation and curettage involve severing some of the tissue from the wall of the uterus and then removing it. This procedure must often be done in conjunction with a suction evacuation. [14]

In rare cases, the best choice for a woman who has experienced a molar pregnancy is to remove their womb entirely. Following a hysterectomy, you would no longer be able to conceive but this may lower your risk of certain types of cancer. That being said, this is an invasive procedure with more risks, which you should thoroughly discuss with your doctor. [15] [16]

Rate this article
Average rating 4.2 out of 5.0 based on 12 user(s).
Read This Next:
Popular Articles