Myrrh is an ancient fragrance that has been used for everything from embalming to antiseptic treatments, and it is still prized today for its medicinal benefits.

Myrrh is an amber-colored resin, harvested from small, thorny desert trees native to the Middle East and North Africa. It is highly valued in many religious traditions and is used in Chinese and Ayurvedic medicine. Ancient Egyptians valued myrrh as an embalming agent and it was also used as an incense, in sacred anointing oils, and as an additive to wine. It is still valued today as a folk medicine for both humans and animals. 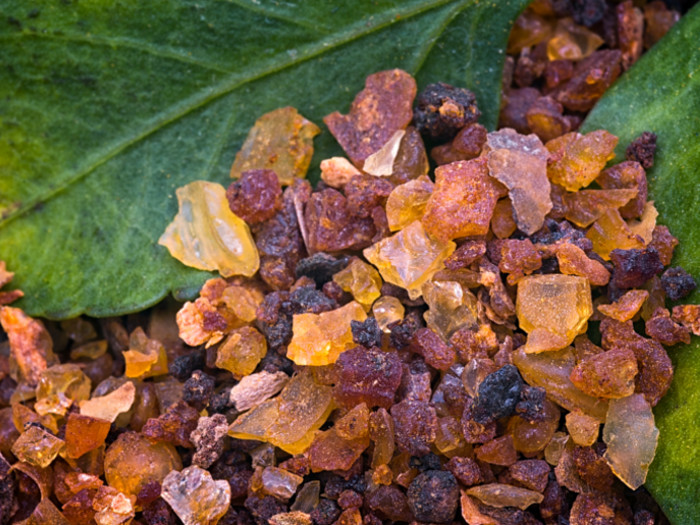 Myrrh is a resin with medicinal properties. Photo Credit: Shutterstock

Let us look at the amazing benefits of myrrh in detail below.

Large amounts of myrrh may cause the following:

Due to its effect on hormones and menstruation, women should not use this substance during pregnancy or while breastfeeding, as it can lead to complications and uterine bleeding.

It should not be used to treat fevers as it can have an adverse effect. Before adding this natural remedy to your health regimen, it is best to speak with your doctor about any potential complications or negative interactions.

Rate this article
Average rating 4.6 out of 5.0 based on 23 user(s).
Read This Next:
Popular Articles