Organic farming has been practiced in India for thousands of years. The great Indian civilization thrived on organic farming; India was one of the most prosperous countries in the world until the British invaded and ruled it.

In traditional India, the entire industry of agriculture was practiced using organic techniques, where the fertilizers and pesticides were obtained from plant and animal products. Organic farming was the backbone of the Indian economy and cows were worshiped (as is still done) as sacred animals from God. The cow not only provided milk but also provided bullocks (for farming) and dung (which was used as a fertilizer).

Shift to Chemical Farming in the 1960s

During the 1950s and 1960s, the ever-increasing population of India, along with several natural calamities, led to severe food scarcity in the country. As a result, the government was forced to import food grains from foreign countries. To increase food security, the government had to drastically increase food production in India. 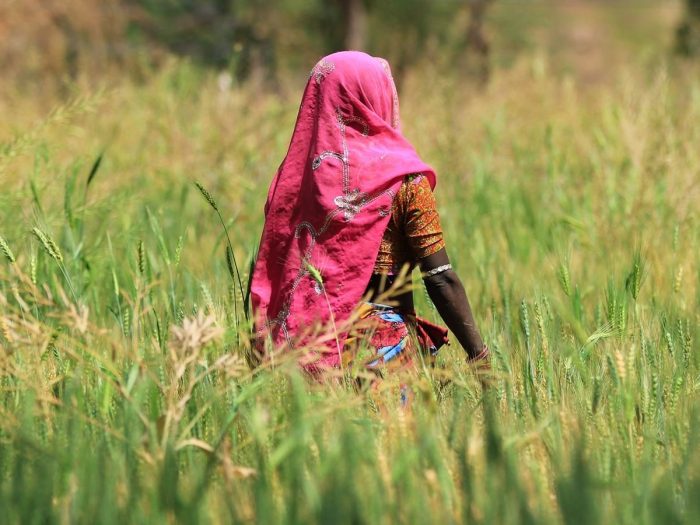 Organic farming is a system that avoids or excludes the use of synthetic inputs. Photo Credit: Shutterstock

The Green Revolution (under the leadership of M. S. Swaminathan) became the government’s most important program in the 1960s. Several hectares of land were brought under cultivation. Hybrid seeds were introduced.

Before the Green Revolution, it was feared that millions of poor Indians would die of hunger in the mid-1970s. However, within a few years, the Green Revolution had shown its impact. The country, which greatly relied on imports for its food supply, reduced its imports every passing year. In the 1990s, India had surplus food grains and had once again become an exporter of food grains to the rest of the world.

As time went by, extensive dependence on chemical farming has shown its darker side. The land is losing its fertility and is demanding larger quantities of fertilizers to be used every season.

Pests are becoming immune to pesticides, requiring the farmers to use stronger and costlier pesticides that can do more damage to the environment. Due to the increased cost of farming, farmers are falling into the trap of money lenders, who are exploiting them to no end, even forcing some to commit suicide. Both consumers and farmers are now gradually shifting back to organic farming in India.

It is believed by many that organic farming is a much healthier and sustainable option. Although the health benefits of organic food are yet to be proven fully, consumers are willing to pay a higher premium for organic crops.

Many farmers in India are shifting to organic farming due to the domestic and international demand for organic food. Further stringent standards for non-organic food in European and US markets have led to the rejection of many Indian food consignments in the past. Organic farming, therefore, provides a better alternative to chemical farming.

According to the International Fund for Agriculture and Development (IFAD), about 2.5 million hectares of land were being utilized for organic farming in India in 2004. Furthermore, there are over 15,000 certified organic farms in India. Therefore, India is one of the most important suppliers of organic food for developed nations. There is no doubt that the organic movement has once again begun in India. [1]

Rate this article
Average rating 4.1 out of 5.0 based on 37 user(s).
Popular Articles