What is Organic Meat

Organic meat constitutes only a small part of the entire meat industry around the world; however, its increasing demand has attracted the attention of everyone. The demand for organic meat increased by 51% in 2005 in North America alone.

To combat the increasing demand for organic meat, US organic meat processors are importing organic meat from other regions such as Australia, Canada, and Latin America. According to the Organic Monitor, the demand is so high that imports of organic pork doubled in 2005 in the US. [1] 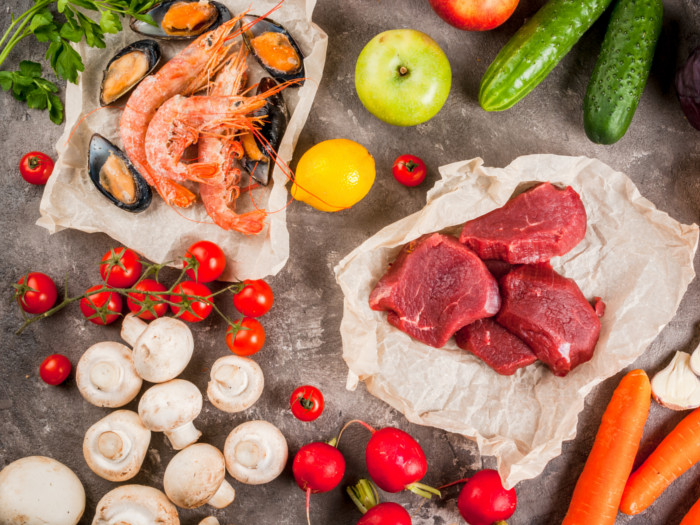 Numerous companies are venturing into the organic meat sector to tap this opportunity. The conventional meat producers are either buying the already existing smaller organic meat players or starting their own organic meat divisions. Although the European organic market is dominated by only 15 players, small organic meat farms have also created their niche.

But where do people buy organic meat? Supermarkets are the most common sales channel and account for over half of the organic meat sales in the many countries. Special organic meat retailers have also made their presence. In contrast, consumers in Germany and Italy prefer to buy organic meat from organic food shops and butchers.

Meat comes from different animals, most of which we are very familiar with. This article does not cover the types of animals, but rather the way the animals have been grown. Traditionally animals were grown in open spaces/outdoors, but now most animals are grown in a factory where they are force fed with specific feed, including hormones and animal by-products. Very often, they are not allowed to exercise and are forced to remain congested in a small area until they are butchered.

Due to the alleged problems with conventional meat, people are now moving towards organic meat. Consumers are also demanding natural meat and grass-fed meat, as they are normally considered healthy and rich in nutrients.

The issue with natural meat and grass-fed meat is that there are no standards for these products set by the USDA. Therefore, while producing these types of meat, the manufacturers have a free hand, although they have to indicate the important aspects of the production methods on the labels.

Characteristics of Different Types of Meat

Below is a comparison of conventional meat, organic meat, natural meat, and grass-fed meat in different parameters. This table will help you make an informed decision about the type of meat that you purchase. What you purchase is now up to you; everything you need to know can be found below.

Free range meat production involves providing open air access to animals instead of confining them to barns. They should be free to roam in open fields along with other animals and should be able to experience natural light. Open pasture access (for at least 120 days of the year) is an important criterion for organic meat production.

What Does Freedom Food Label Mean?

Many of you must have come across freedom food label on meat products. The freedom food label means that the animals have been raised by people who have taken their welfare into consideration. This labeling scheme has been set by the Royal Society for the Prevention of Cruelty to Animals (RSPCA) in 1994 in the UK.

According to the Northeast Organic Farming Association of New York (NOFA-NY), requirements for certified organic meat include the following: [2]

The livestock animals that are used for organic meat production should be the offspring of an animal that has also been managed according to organic standards for the last three months of its pregnancy.

The animal should be fed only certified organic milk, without the use of any substitutes.

Poultry that has been raised in an organic way from the second day of life can be used for organic meat or organic eggs.

The feed of livestock meant for organic meat should constitute organic feed.

Animals fed with transitional fields will not qualify for organic meat.

Treatment with antibiotics and hormones is strictly prohibited.

The slaughterhouse in which the organic meat is processed should be certified as organic and properly inspected by the USDA.

If whole livestock that is raised through organic means is sold to a customer, it does not require the organic certification or USDA inspection.

The USDA has given similar certification requirements for organic meat processing. These standards have been explained by the Minnesota Department of Agriculture. [3]

What is Animal Welfare?

Greater healthcare facilities and reducing the stress levels of the animals

Prohibiting the use of electric prods

Five Types of Freedom for Animals

Farm Animal Welfare Council, a UK-based organization, has laid stress on five types of freedoms for animals, whether on the farm, in transit, or at the slaughterhouse. These five freedoms are:

Freedom from Hunger and Thirst

The livestock should be given a free access to a fresh water source and a fresh diet.

The animals should be given a comfortable shelter.

Freedom from Pain, Injury or Disease

Healthy conditions should be maintained and immediate attention should be paid to diseases and disorders.

The animals should be given free space and company of their own species.

Freedom from Fear and Distress

Conditions that result in mental suffering for the livestock should be removed.

Rate this article
Average rating 4.2 out of 5.0 based on 9 user(s).
Popular Articles